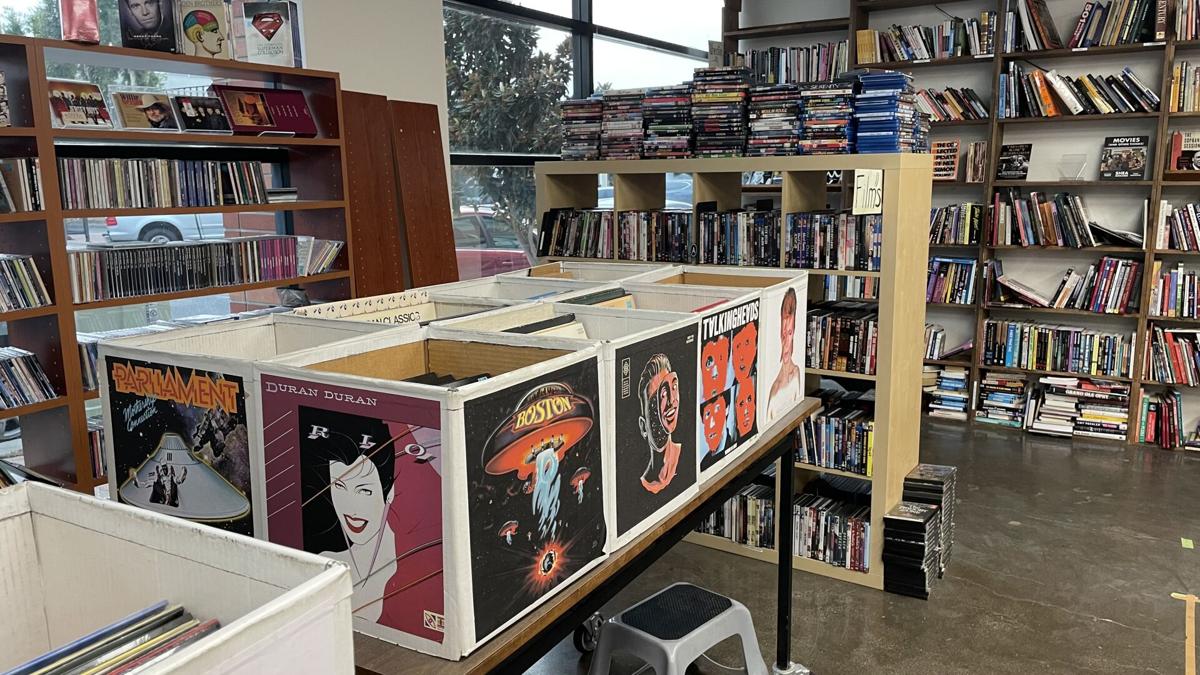 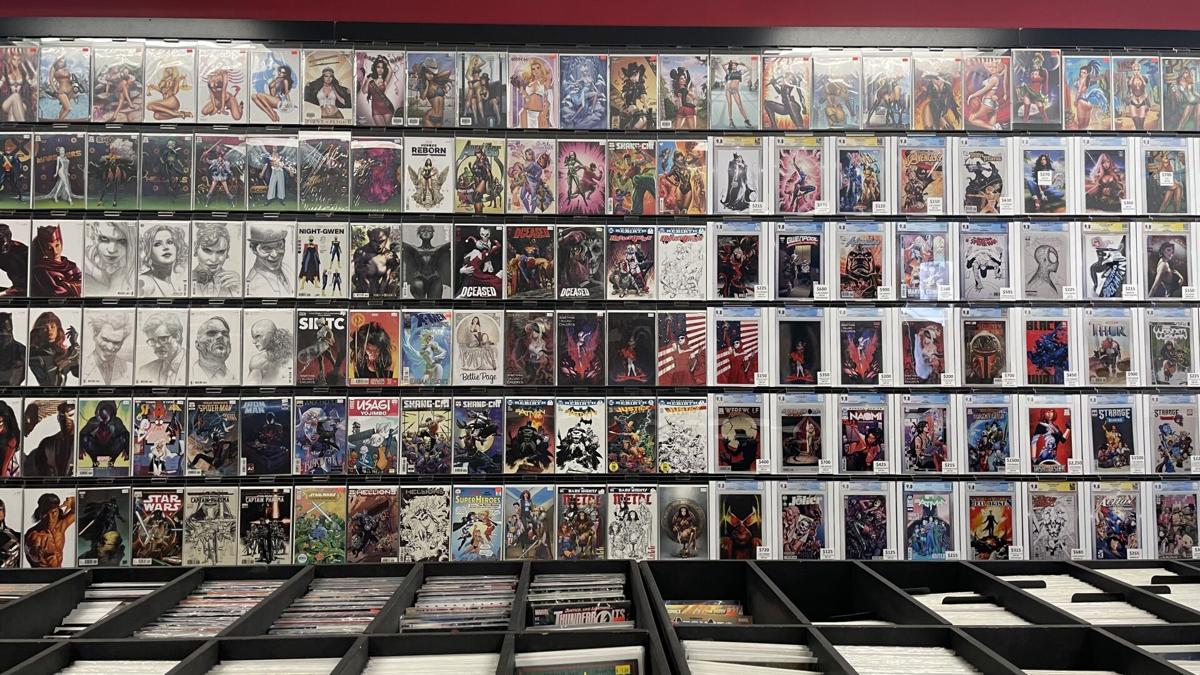 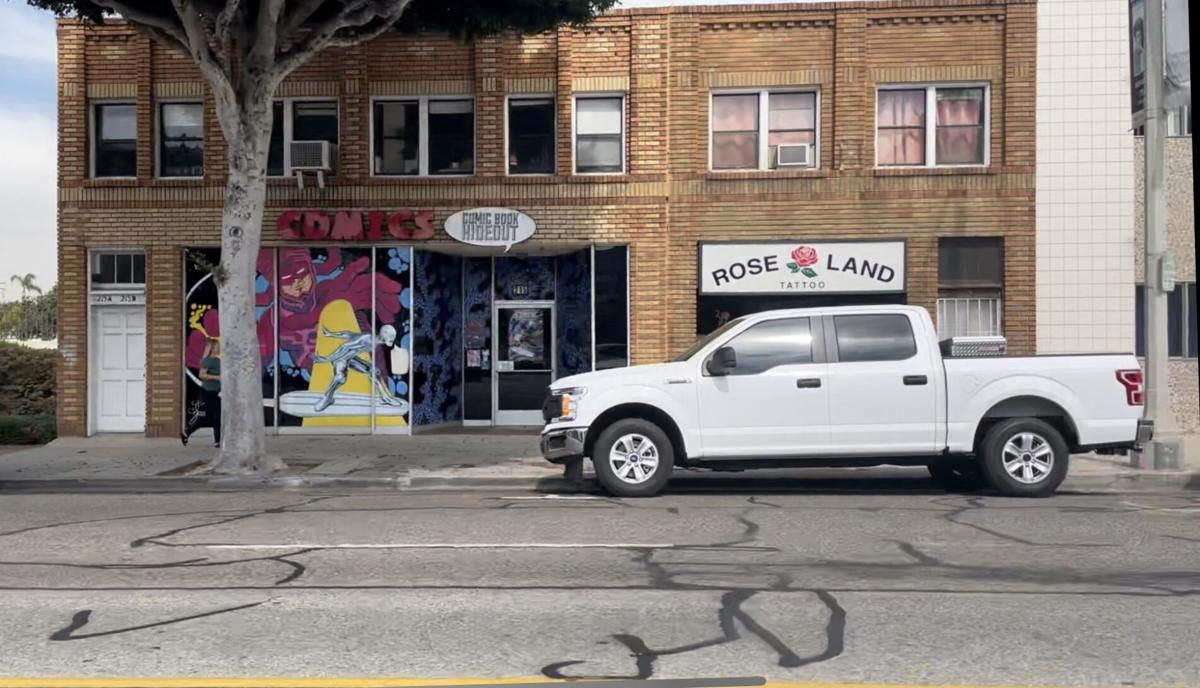 Many small businesses in Fullerton have closed because of the COVID-19 pandemic, but the comic book retailers in the area are still standing and, in some ways, they are in a better position than they were before the lockdowns.

Owned by Cal State Fullerton alumna Glynnes Speak, Comic Book Hideout is the only comic book-specific retailer in downtown Fullerton. The store used to host scheduled events but the COVID-19 pandemic put a temporary stop to that.

“We're more than comics. It's kind of a little community center here, too. We usually will have art shows every month, that's one thing that got kind of affected by the pandemic,” said Mark Garcia, the manager of the shop.

While the COVID-19 pandemic forced the shop to put events on hold, Speak said she sees the absence of events as an opportunity.

“I think that you know, as much as it's a bummer to see those things go, I think that it's a good transition for the Hideout. We're doing less event focused and really honing in our inventory to make some really fantastic things available here at the Hideout,” Speak said.

Comic Book Hideout has since been investing more in its online sales on eBay.

In November, Comic Book Hideout will celebrate its ninth anniversary.

“We usually always have a really, really, rad sale for the anniversary and a big party. This year we're probably gonna skip on the party. We had to do the same thing last year, but we'll definitely have an awesome sale for everybody and plan really big for 10 years,” Garcia said.

CSUF students who take the train to Fullerton may recognize Comic Hero University as the comic book store inside the station.

It’s not there anymore, leading many to believe that it went out of business because of the COVID-19 pandemic. But that’s not the case, the store just moved next to AMC 20.

“2020 was, to be completely honest, our best year that we ever had. Disneyland was closed, the movie theaters were closed, there really wasn't anything for people to do, buy, or whatever so, you know when we were open, people were spending money on collectibles and that did really well for us,” said Enrique Munoz, owner of Comic Hero University.

Like the Hideout, Comic Hero University is also  nearing its ninth anniversary in December and lacks regular events, but more than makes up for it with its arcade and location right next to a movie theater, and if after you’re feeling hungry In n’ Out, Chick-fil-A, and Blaze Pizza are right outside.

The store has also been putting more work into its charity efforts.

In May 2020, Munoz started the Pay it Forward program, in which the store accepts donations via Venmo or Paypal to donate  comic books to libraries, schools and hospital patients.

Once in a while, the store hosts signings by people in the comic book or film industry. The week after the Marvel film “Shang-Chi: Legend of the Ten Rings” was released, the store had actor and martial artist Andy Lee over for an event.

Half-Off Books Records Films has been selling new and used books in Uptown Whittier since February 2011, until the store moved to Fullerton in October 2017.

The store has the smallest comic book selection on this list, but that’s because it doesn’t have the square footage that a large book retailer like Barnes and Noble has.

However, no floor space is wasted. While their graphic novels and manga selection is small, the store still has literally everything else.

Between 10 a.m. to 2 p.m. every day, Half-Off Books Records Films accepts items to trade in for cash.