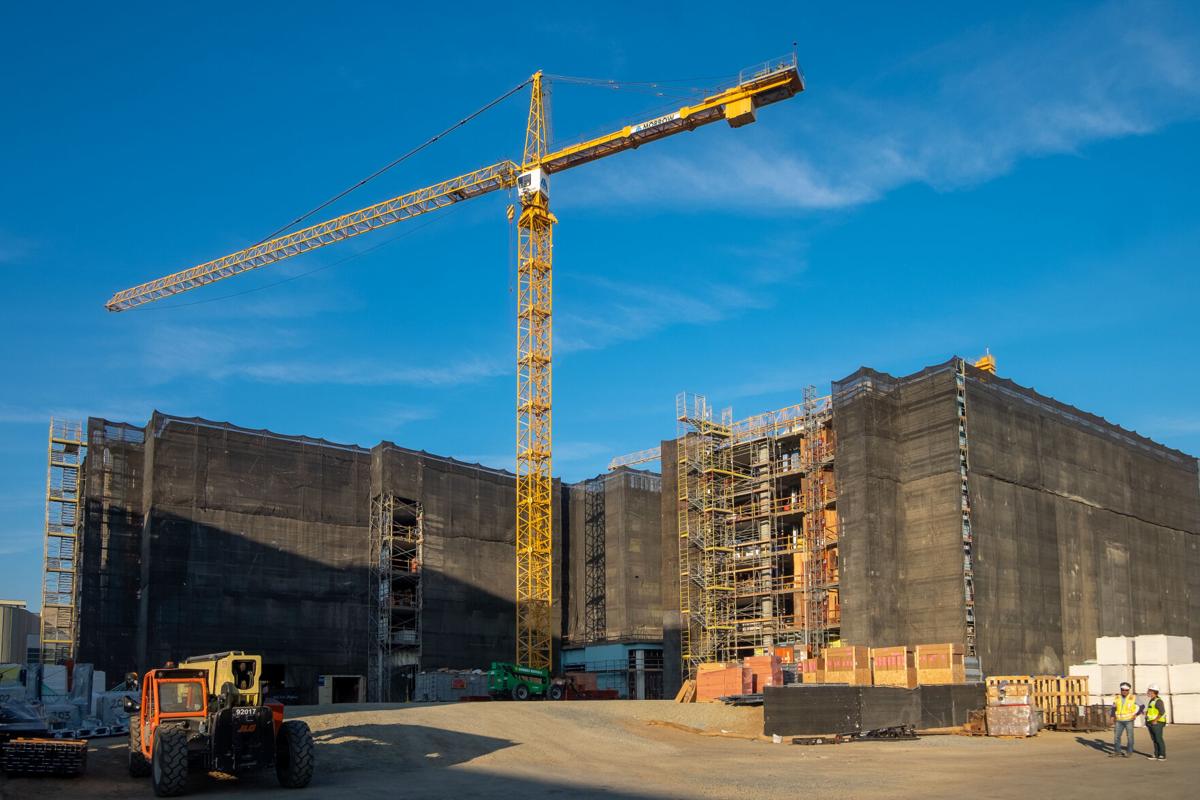 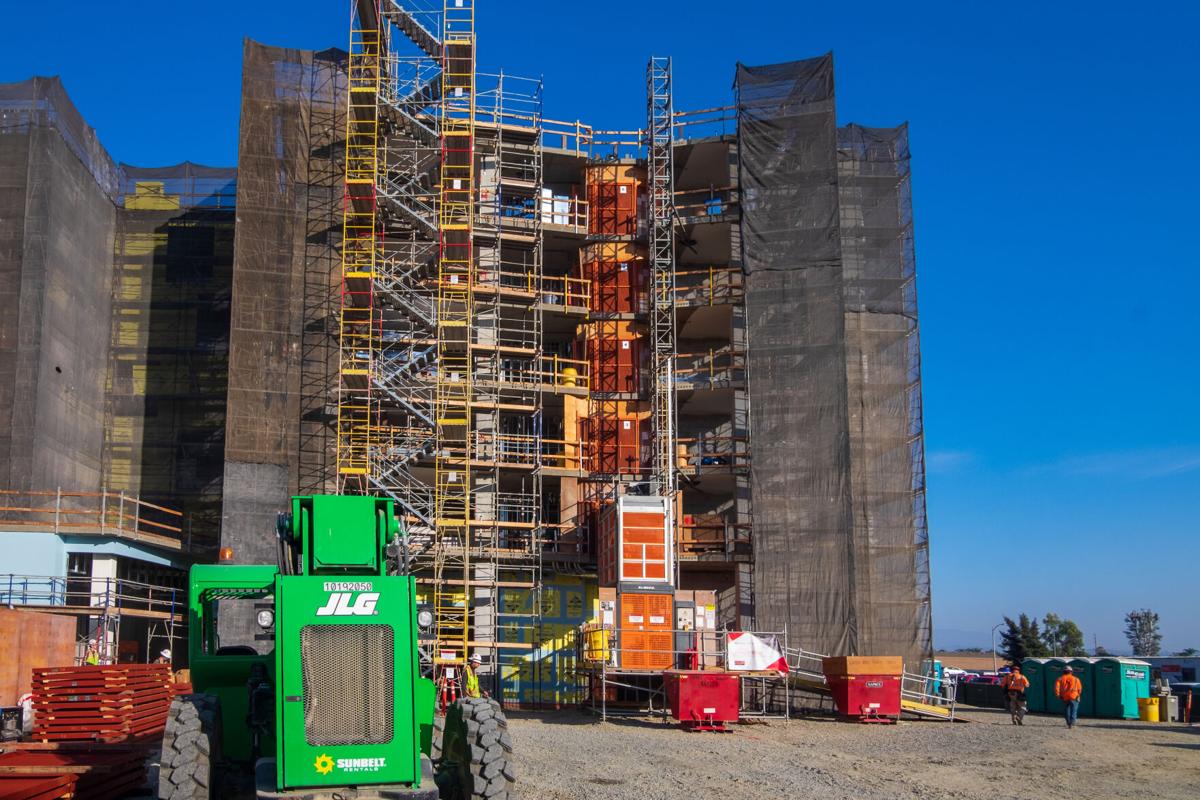 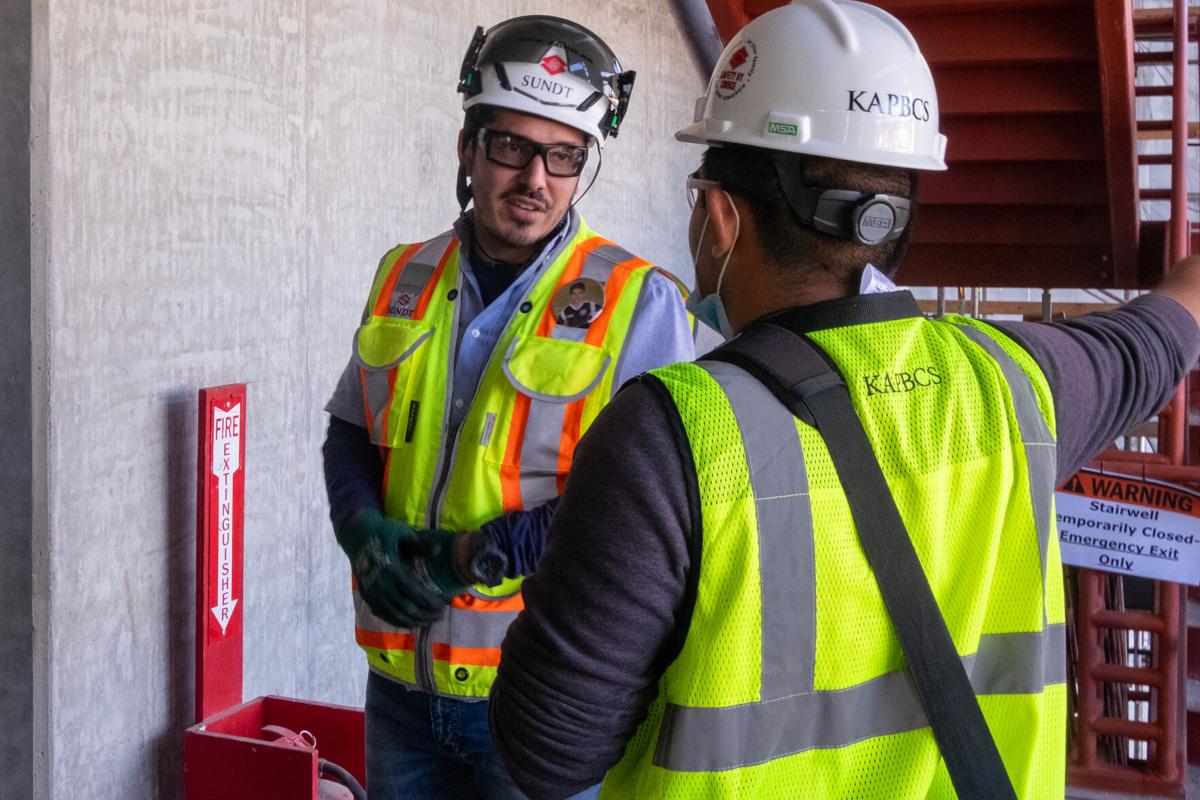 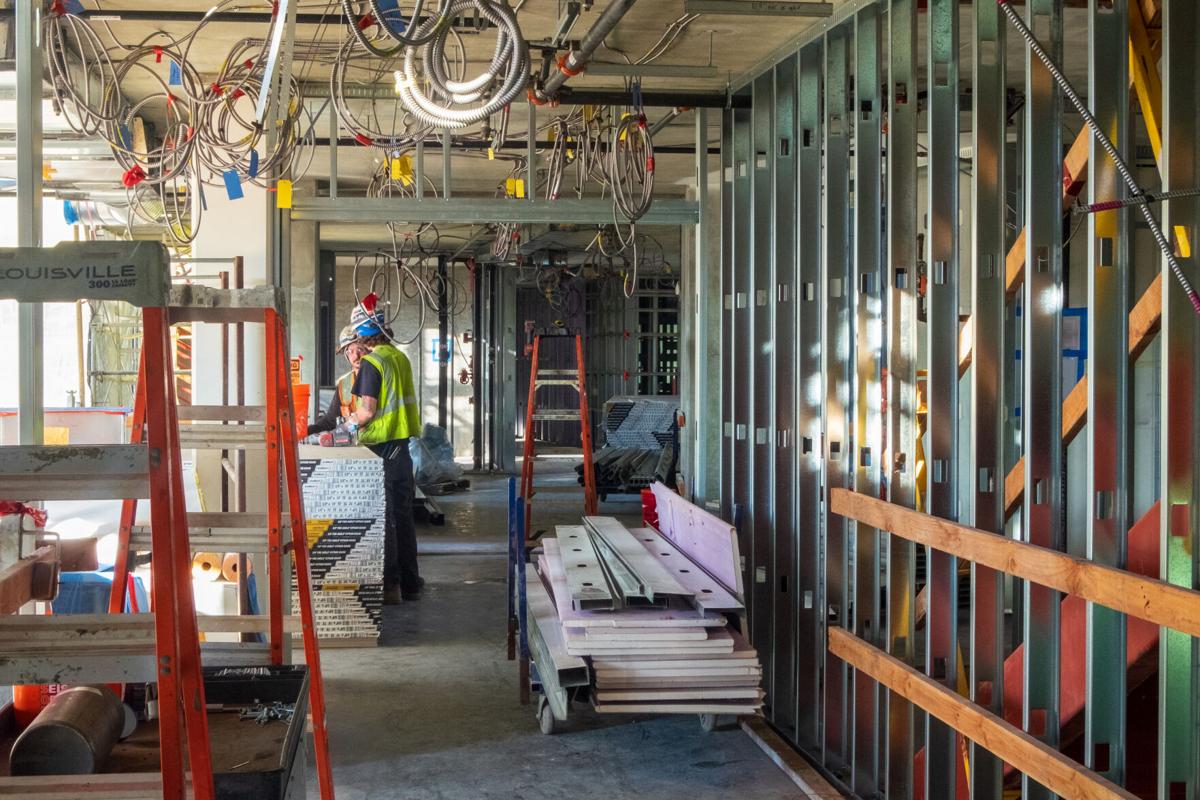 Students might notice a number of construction projects happening around Cal State Fullerton. With the renovations at the Pollak Library, the second floor of McCarthy Hall, the Humanities building and the baseball field, students can expect to see more development in the next 20 years.

The projects are meant to convert CSUF from commuter-centered to a student life-centered campus as part of the campus Master Plan that was released in March 2020.

According to the Master Plan website, “The new plan serves as a blueprint seeking to maximize available space, while supporting Cal State Fullerton’s core academic mission, vision and strategic plan.”

The largest development is the new student housing visible off the Nutwood Avenue exit of the Southbound State Route 57 Freeway. The student housing structure, located between the Gastronome and the new Eastside Parking Structure, will house sophomores and juniors and is estimated to cost $125 million.

“We have to meet our August 9 date, because the kids move in the next week. We have to do it, come hell or high water. We’ve got to finish on time,” Aguilar said.

Aguilar said that the first floor will have residential life office spaces and a multipurpose room, while floors two through six will be entirely residential. The whole complex will hold 600 beds in total.

Aguilar said that each apartment will have a small kitchen, bathroom and four rooms, each with two beds. Two apartments will be reserved for faculty with a different layout. The only housing options on campus right now are the residence hall dorms primarily occupied by freshmen and the shared apartments occupied by new transfer, continuing undergraduates and graduate students.

The new housing structure could possibly pave the way for funding three other housing clusters on the Master Plan. Larry Martin, CSUF’s housing director, said that the university has pools of funding independent of each other.

“They're separate from state funding that funds campus buildings, and so they're really different pools of money in different conversations,” Martin said.

Martin said that funding for housing, parking and academic buildings each have separate sources of funding that don’t impact one another.

Madison Parr, a kinesiology major, said that she likes the dorm life as it is exciting to be around people all the time. She added that although she is excited about plans for more housing, she has concerns about parking.

Although it is unknown at the moment how much funding would be made available, CSUF would also implement affordable housing with federal grant money.

Both Martin and Sarab Singh, the director of planning, design and construction, discussed affordable housing for students which would be a part of the third student housing cluster located north of Gymnasium Drive.

This cluster would require the demolition of the existing housing in that area and replacing it with over 500 additional beds.

Singh did not state where exactly the money would be coming from, but that there is available state funding assigned to affordable housing. Singh added that the school put in an application for funding for the housing development, but that they will have to wait until March 2022 to know if the university will receive federal grant money.

“So, on that one, if it goes, the state grant is on a fast-paced, expedited project,” Singh said. “If that gets funded this coming March, we think we are moving in there by fall of '24 or December of '24. Around that time frame.”

Aside from additional student housing, CSUF’s goal to transition from a commuter-based campus to a residential one includes the university’s push for more effective transportation alternatives to the campus.

To mitigate the negative impacts of new development, CSUF has to follow state regulations under the California Environmental Quality Act by lowering car ridership in order for the university to experience growth at a healthier rate.

The university will work in tandem with the Orange County Transportation Authority to improve public transit to the campus with new mobility hubs and a shuttle bus system.

The concept for the mobility hubs includes large platforms possessing bus and bike stops, charging stations for electric vehicles and ride-hailing zones. The mobility hubs would be large enough to accommodate kiosks, benches and recreational space.

The university plans to build a mobility hub behind the Titan Student Union near State College Boulevard where the Orange County Transportation Authority 57 bus travels, and another in front of Langsdorf Hall on Nutwood Avenue, which is served by the 26 and 123 routes and eventually the shuttle bus.

A third mobility hub will be built next to the G lot on Yorba Linda Boulevard where Orange County Transportation Authority Route 153 stops.

The shuttle bus will travel the same route the Orange County Transportation Authority 26 bus takes from Nutwood Avenue to the Fullerton Transportation Center along Commonwealth Avenue without stopping in between.

Previously, CSUF had a free shuttle that took riders from the parking structure at the EV Free Church on North Brea Boulevard and Bastanchury Road to the corporation yard on campus.

To encourage multi-modal use, the university proposes to ban parking for first-year residential students to reduce parking demand, according to the Master Plan. They will also close sections of Gymnasium Drive to cars and implement variable parking pricing, where the cost of parking fluctuates based on the demand of a certain time frame.

Aside from the student housing and academic building renovations, there are a few other anticipated projects underway or planned as part of the plan’s immediate project and Five-Year Capital Plan.

As far as upcoming projects, Singh said that the Visual Arts Center will undergo renovations with the retrofitting of Building E, the replacement of Building F and a new gallery building. He said that the construction will begin sometime before the fall 2022 semester with the project expecting to be completed in two years.

Singh said that students should also expect to see the completion of the baseball field house by the end of November.

Langsdorf Hall will be undergoing renovations in the future as well. Also included in the plan is the construction of a new Science Laboratory Replacement building in front of Dan Black Hall and the expansion and renovation of the Engineering and Computer Science complex.

The cost of construction for the next five years could total up to $906.4 million when including state and non-state funding, according to the Master Plan.

CSUF tries to leave commuter reputation behind with its Master Plan