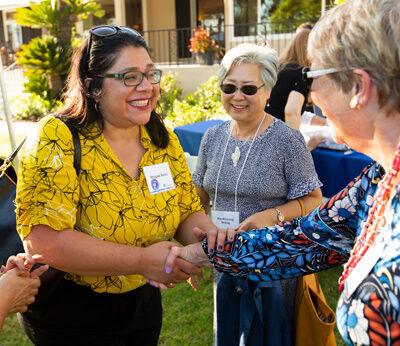 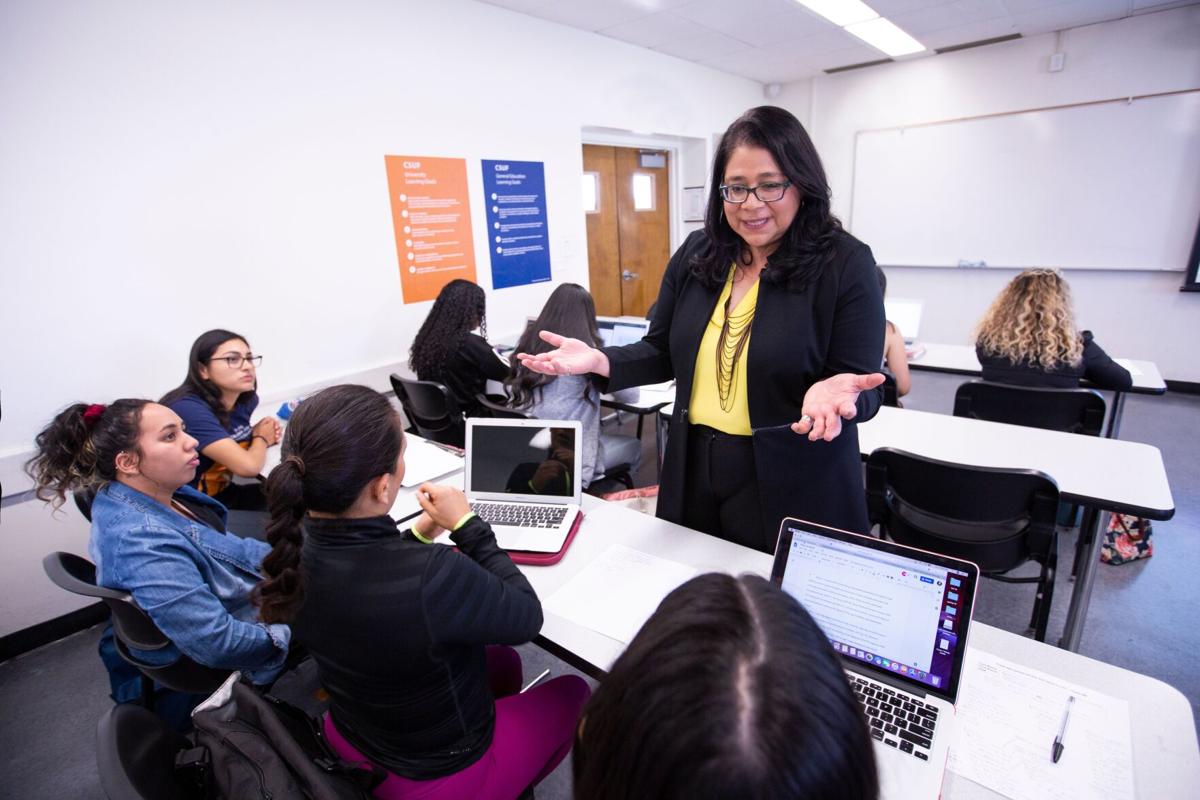 Mojgan Sami has been teaching ever since she fled Iran.

She was only six then, traveling with her family to escape religious persecution and moving country to country. But someone had to decipher the language and cultural cues to teach the rest of the family, so Sami became the bridge.

“I had to go out and learn; I had to come home and teach,” she said, kind eyes behind black-rimmed glasses.

As she grew, so did her knowledge. She took up roles in the World Health Organization, earned her doctorate, and continued passing the things she had learned to others.

By some stroke of serendipity, she now teaches at Cal State Fullerton.

But to know how she got here, we have to go back.

Six-year-old Sami was outspoken, bold, and unafraid of challenging authority. In many countries, it would be admirable. In Iran, it was deadly.

The 1970s bolstered turmoil within the country, culminating in the Iranian Revolution at the decade’s end. Many who weren’t in the dominating religion of Shia Islam were persecuted, including the largest religious minority, the Baha’i faith, as well as Christianity and Judaism. Sami, a Baha’i, felt it firsthand.

“Even in classrooms in Iran, teachers were starting to pick on minority kids,” she said, adding that the turmoil was driven by a need for power rather than the religion of Islam. Too young to realize the penalty, Sami stood up for her classmates of minority faith. She should have come home praised.

Instead, she came home bruised.

It was a regular occurrence—teachers beating students who went against their wishes. But at that young age, Sami said she didn’t know how to handle an authority figure hurting a friend or classmate. She couldn’t understand why they would hurt others because they were different. And more than that, she couldn’t stay quiet and watch.

“She looked at my father and she said, ‘If we don't get her out, they will kill her.’”

So as the political turmoil reached a boiling point, Sami’s family left the country.

“There was a coup d'etat in Iran that was happening as everything was crumbling around us,” she recalled. “We got out right in the nick of time. We lost everything material, but we had our family intact, and we had our lives.”

She was privileged to have her family whole, she said — most who escape revolution aren’t so lucky. They ended up in the United Kingdom and eventually the United States, but the journey was far from easy.

“I remember I didn't want to leave Iran—that’s home. You know, this is the thing about revolutions. It doesn't just topple—it’s insidious. It happens slowly,” Sami said. “There might be violence around it, but life still happens. This is the weird thing. People still need to get food, people still need to put gas in their car.”

When Sami’s family arrived in the United States, safety was a relative term. It was during the time of the Iran hostage crisis, which sparked hostility against Iranian people in the United States. As a child in Orange County, Sami found herself facing the same bruises in school that she endured in Iran, this time at the hands of her classmates. She recalled being beaten up daily and thinking that it was normal.

“It was tough,” she said. “Hearing all the slurs about Iranians and people not understanding that we escaped persecution, that we are not the people that you are fighting against. We are the ones who were also victimized by this fanatic power hungry people.”

Years later, Sami’s cultural and language teachings to her sisters, parents and grandparents bloomed into a passion for urban planning.

Even before she sent her college applications, Sami knew that she wanted to work internationally. After snagging dual master’s degrees in economics and international law from Johns Hopkins University, a consulting assignment with the World Bank blossomed into a full-time job that whisked her away to Europe and Central Asia. That was her ticket for an eventual spot at the World Health Organization.

“I wasn't aware how much I loved health until I went to work at the WHO” she said. “My love of urban planning actually started at WHO as well, because I knew that we're now inhabiting a world that is more urban than it is green and natural, so that means more there's more concrete in the world than natural space for habitats.”

Working globally to study these health impacts, she said that the international aspect always perks up people’s attention, but as an immigrant, even local work is global work for her.

“Because I am quite bicultural, I actually feel most at home in a third culture, because I'm so used to being an outsider, that when I'm an outsider, my curiosity is just—my head and heart are so open, and I want to meet people. I want to learn,” she said.

Her work with the WHO eventually swept her to the vibrant cityscape of Kobe, Japan, where she would stay for the next two years. Adapting to new customs and culture was not a simple task as she adjusted, but nestled in newness, she felt at home.

Her coworkers were from Kenya, the Philippines, India, Britain and a myriad of other countries, and she said speaking with them fostered an understanding how similar human beings are.

They spoke about similar things, like waiting for romance or the stress of wanting to make a perfect report for a supervisor.

In 2006, Sami heard a question that spurred the events that lead to a teaching career:

Why do doctors treat people for disease, and then send them back to the conditions that made them sick in the first place?

Asked by Dr. Lee Jong-Wook, then Director-General of the World Health Organization, Sami said the question rocked her world. She decided she needed to learn more and sought a doctorate in urban planning and public health, moving from Japan to study at UC Irvine.

It would be brief, she thought, finish her classes and return to her international career. But as a graduate student and teacher’s aide, she fell hard for teaching. Her passion for public health was driven by her love for social justice, and though she had been working with the WHO on big policies and guidance for countries, she was craving community connection again. While teaching a class at UC Irvine, she realized teaching may be the best way to make a big impact.

“I had this aha moment in a discussion group with my students one time,” Sami recalled. “I was like, if I can train students to be change makers, to make the world more just, more healthy, more equitable through public health and urban planning, isn’t that more social justice work than me by myself trying to do something?”

Still, as she applied for schools worldwide, she never anticipated staying local. Then one of her students at UC Irvine told her about an opening at Cal State Fullerton.

After the interview, Sami said she was so enamored with CSUF that it was hard to go to any other interview. She stressed for months until learning she had snagged the job, starting as an assistant professor in public health in fall 2019. She was thrilled, she said with a smile as bright as the students she teaches.

And now? Sami approaches her job not just as getting students a degree, but as a way to encourage critical thinking and advocacy.

“The way that I approach teaching is not just I'm going to fill your head with knowledge. It's what can I teach my students? How can I mentor my students to be those social justice advocates with me in the field?” she said. “How do I bring people together as a community to do this work?”

Sami said that students teach her as much as she teaches them. Even as she ages, her students stay the same, bringing her fresh, young perspectives she may not have seen before.

“It's so important to be in touch with that spirit of change and transformation and excitement and that future thinking, because I'm like we, we didn’t do everything we could to create the best world for you,” she said. “But I know what we were missing, so if I can connect that to the current thinking in students and we do all the work together, then I can be an ally.”

In sunny Orange County, Mojgan Sami is miles from Iran or the UK or Japan, but her impact will surely stretch that far.