Skip to main content
You are the owner of this article.
Edit Article Add New Article
You have permission to edit this article.
Edit
Home
News
Sports
Lifestyle
Opinion
Archive
Advertise
Mobile App
Donate
Share This
1 of 5 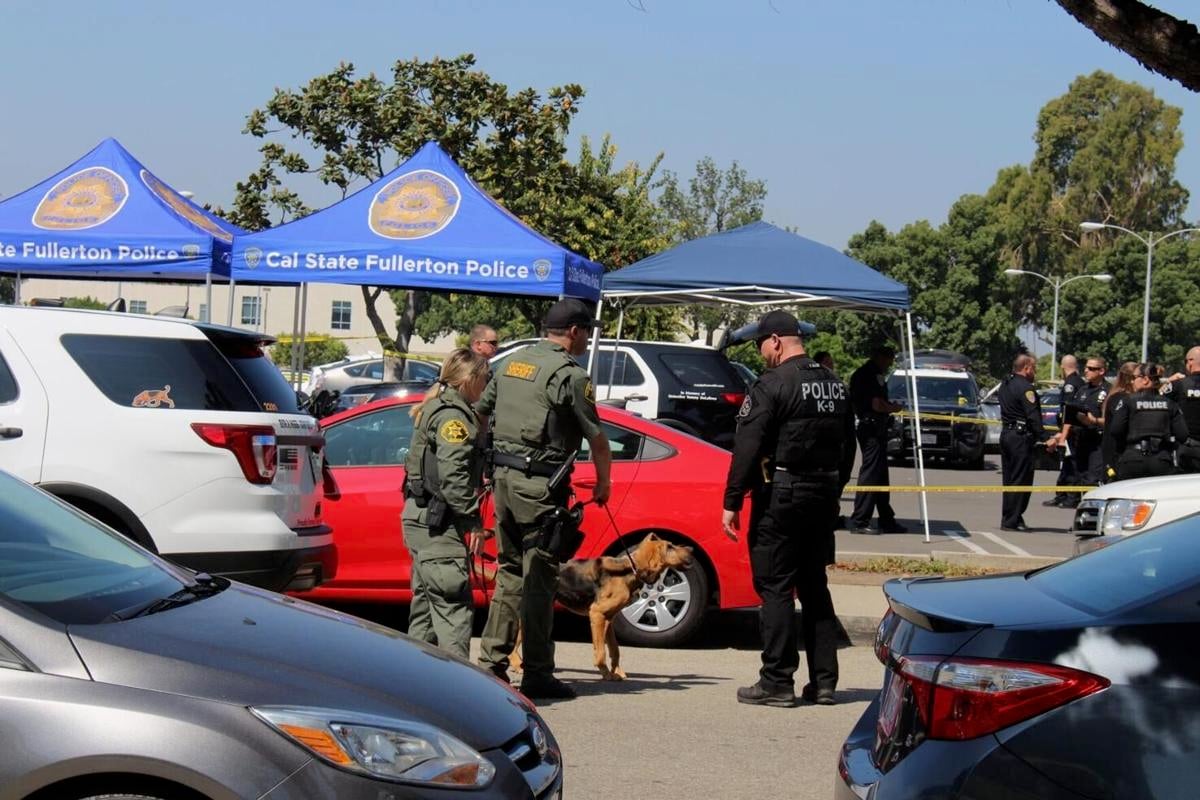 Bloodhounds from the Orange County Sheriff's Department were brought in to track the assailant on Aug. 19, 2019, the day that former CSUF administrator Steven Chan was fatally stabbed in the College Park parking lot. (Nathan Nguyen / Daily Titan) 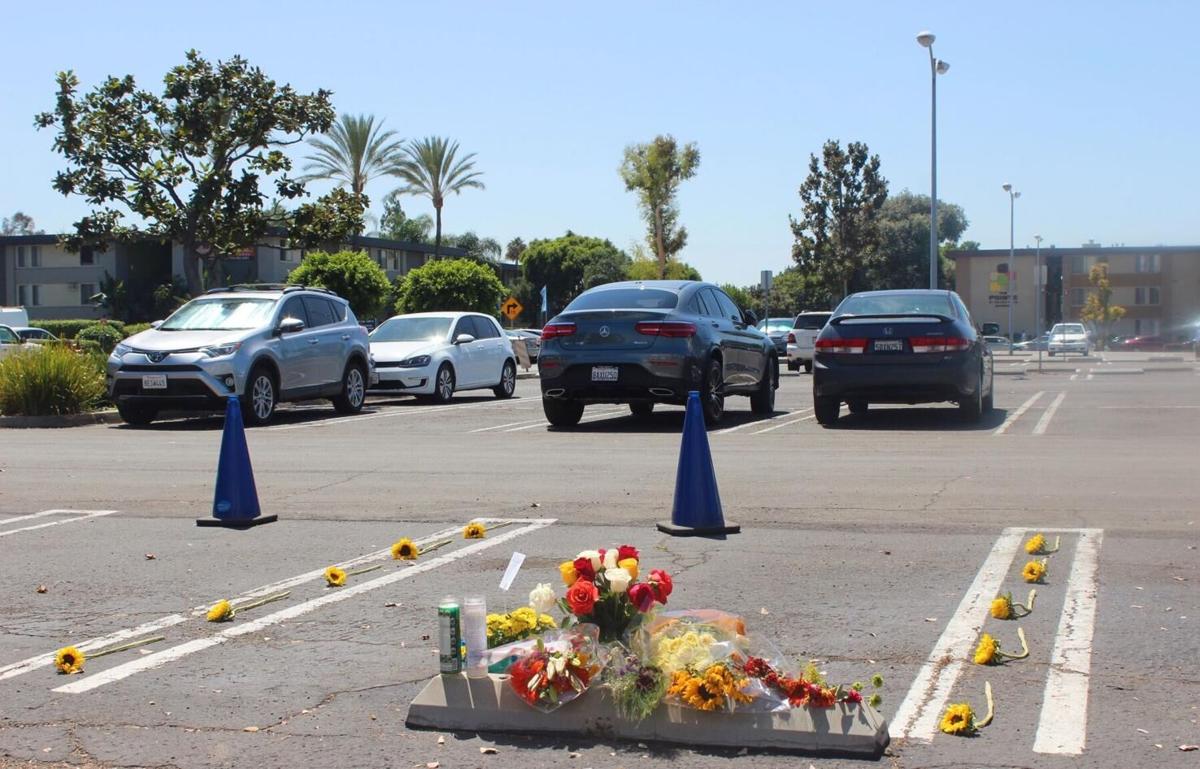 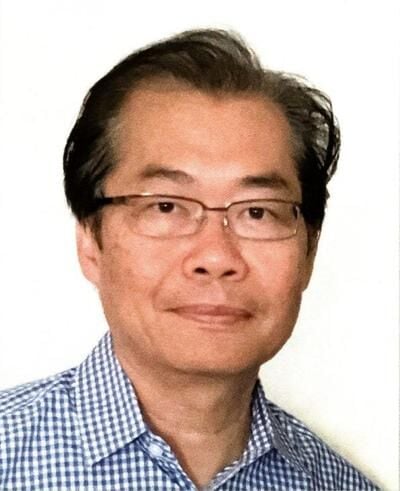 Steven Shek Keung Chan, 57, was a retired CSUF administrator before he was fatally stabbed in August 2019. (St. John Vianney Church) 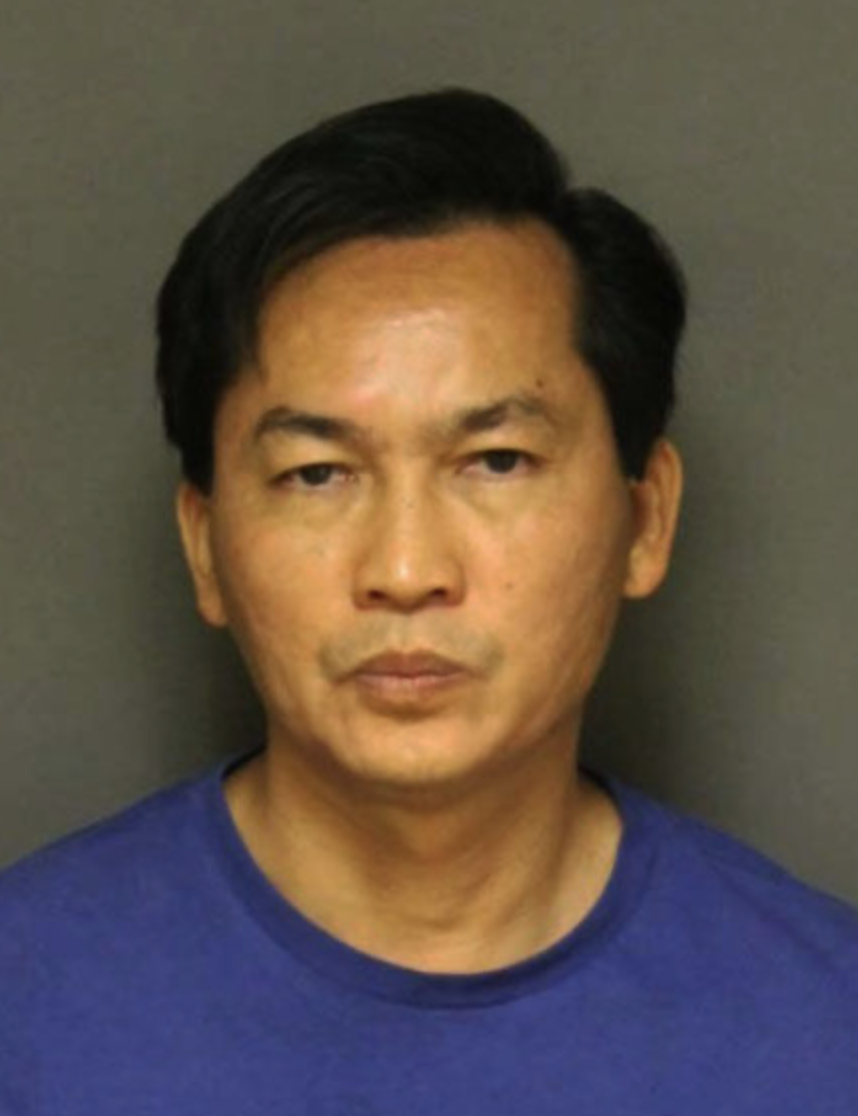 Chris Chuyen Vo, a 57-year-old former CSUF employee, is charged with the fatal stabbing of his coworker. (Fullerton Police Department) 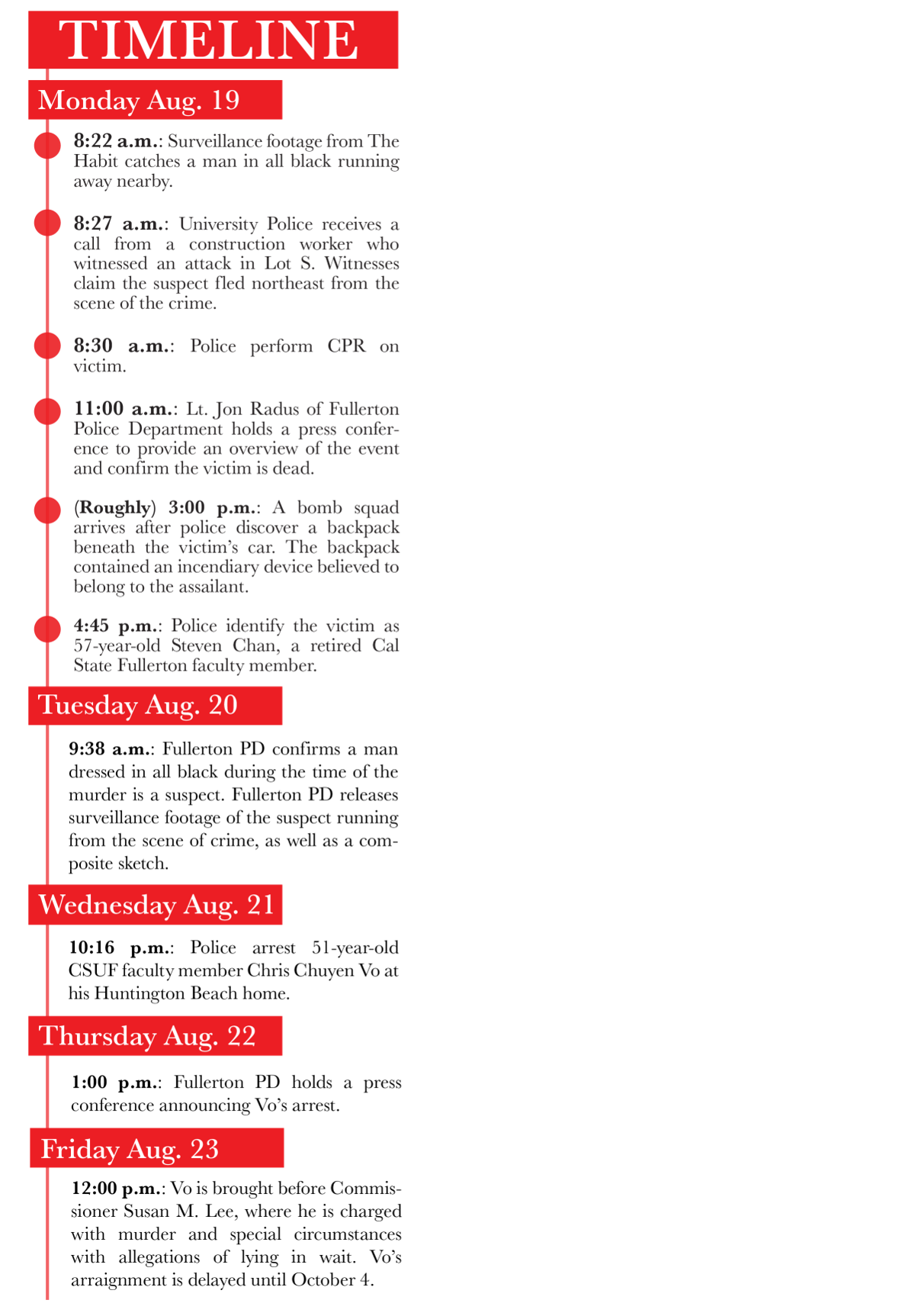 Bloodhounds from the Orange County Sheriff's Department were brought in to track the assailant on Aug. 19, 2019, the day that former CSUF administrator Steven Chan was fatally stabbed in the College Park parking lot. (Nathan Nguyen / Daily Titan)

Steven Shek Keung Chan, 57, was a retired CSUF administrator before he was fatally stabbed in August 2019. (St. John Vianney Church)

Chris Chuyen Vo, a 57-year-old former CSUF employee, is charged with the fatal stabbing of his coworker. (Fullerton Police Department)

Less than one week before the 2019 fall semester, Steven Shek Keung Chan, a 57-year-old former CSUF administrator, was fatally stabbed in the College Park parking lot at Cal State Fullerton.

Chan’s death has been one of CSUF’s most prominent criminal cases. His coworker Chris Chuyen Vo,a 51-year-old CSUF employee at the time, was arrested on the charge of Chan’s murder.

Vo’s pretrial has been delayed several times by the pandemic and legal maneuvering. The court case has been underway for over two years, and progress has been slow.

On Aug. 19, 2019, a construction worker found Chan in his sedan with fatal stab wounds and cranial bleeding. Police responded to the 8:30 a.m. call and attempted resuscitation, but Chan was pronounced dead shortly after.

Chan was the director of budget and finance for Student Services and Extended Education since 2009 and retired in 2017, said Ellen Treanor, associate vice president of strategic communications. He was brought back to the university as a special consultant for Extension and International Programs earlier in 2019, Treanor said.

On Aug. 19, police searched the city of Fullerton and surrounding areas for the assailant, and sent a bloodhound from the Orange County Sheriff's Department. Jon Radus, a Fullerton Police lieutenant at the time, said there were “numerous, numerous stab wounds” on Chan, and believed it to be a targeted attack.

As the day progressed, police activity swarmed but no suspect emerged. The campus remained open, despite the heavy police presence and the killer at large. Bystanders such as Jeremy Shermak, an assistant professor of communications at the time, said he glimpsed the aftermath of the attack.

“I saw a man on the ground, outside of the passenger door of the silver car. He was bleeding. I was like 25 yards away, but I could see blood,” Shermak said.

Throughout the following days, police scrambled for the assailant as the campus still reeled.

Vo, a 51-year-old full-time CSUF employee at the time and Chan’s coworker, was working in the University Extended Education department in Budget and Finance.

Throughout the days following Chan’s death, Vo interacted with several coworkers, said Danny Kim, vice president for administration and finance in an address to the Academic Senate in September 2019.

On Aug. 21, 2019, police arrested Vo at his Huntington Beach home on the charge of Chan’s murder. Vo was initially taken to jail mental health housing and was later transferred to the central Orange County jail in Santa Ana.

Following the arrest, CSUF President Fram Virjee confirmed that extended counseling services would be available for students, staff and faculty. CSUF also doubled the law enforcement presence on campus for the next several weeks.

“It is horrific and diabolical in my opinion, that this turns out to be the perfect traitor, someone who engaged in this crime and came back to work and worked several days,” Virjee said.

Vo pleaded not guilty in October 2019. In addition to the murder charge, Vo is facing two sentencing enhancements, alleging that he used a deadly weapon and committed murder by lying in wait, according to the Orange County Superior Court records.

At the April 1, 2021 pretrial, Senior Deputy District Attorney Whitney Bokosky said the evidence revealed that while Vo was employed at CSUF, he embezzled funds into his fraudulent business. Chan’s audit led him to be in a position to potentially discover the problem, Bokosky said. She said the motive for murder was clear when a former colleague of Vo suggested suspicious warning signs by the movement of funds.

For the duration of the case, Vo’s attorney has been T. Edward Welbourne of the Corrigan Welbourne and Stokke law firm in Newport Beach. Welbourne said at the preliminary hearing that there was “insufficient evidence” that the crime was carried out for financial gain.

Welbourne did not respond to recent requests to comment.

In Sept. 2020, Daily Titan reporters requested financial records of the past five years from the Department of Extended Education, including the results from Chan’s audit and any discussion of financial indiscrepancies in the department.

“After further review, we determined that at this time, the itemized budget documents are exempt from disclosure under the Public Records Act as they are part of a law enforcement investigation,” said Anne Grogan, CSUF’s public records request coordinator in an email to the Daily Titan in 2020.

The Orange County District Attorney’s office confirmed the embezzlement charge was linked to Vo’s work at CSUF, but declined to comment further.

CSUF did not comment on embezzlement charges, citing the ongoing investigation.

Vo’s arraignment in April 2021 was postponed until May. Vo was present in the court and Welbourne was present through a video call. Judge Sheila Hanson of Orange County Superior Court presided at the Santa Ana Central Justice Center.

On May 21, the pretrial date was set for July 30. Hanson was once again presiding with Vo also in attendance. Kate Corrigan, Welbourn’s law firm partner, attended in place of Welbourne and proposed the July date with a time waiver that Vo had agreed to.

Hanson warned Vo that he was waiving his right to a jury trial within 60 days of Aug. 27. She also said that he can revoke the general time waiver by alerting the court.

At the July 2021 hearing, the pretrial was once again rescheduled, to Oct. 29. This time, it was Vo who attended via video call with Welbourne making his return to the courtroom. Vo also continued to give up his right to a speedy trial.

Hanson once again presided over the proceedings during the October pretrial. This time, Vo was not present and Welbourne was there via video call. The pretrial was again postponed, until Jan. 28, 2022.

The senior deputy district attorney, Jennifer Walker, was also not in attendance due to maternity leave. She was replaced by a homicide prosecutor, Janine Madera. Part of the reason for the delay was to allow Walker to be back in attendance following her maternity leave, Madera said.

Vo will continue to be held at the Theo Lacy jail in Orange without bail. Requests to interview his former co-workers were declined by Treanor, who said it would interfere with the grieving process. Treanor declined to be interviewed regarding the case.

“The individual, as you know, is no longer with the university, so it is not a matter for us to discuss,” Treanor said. “We are in a wait-and-see mode on this issue and trust the process of the court system.”

Alyssa Ortiz contributed to this article.