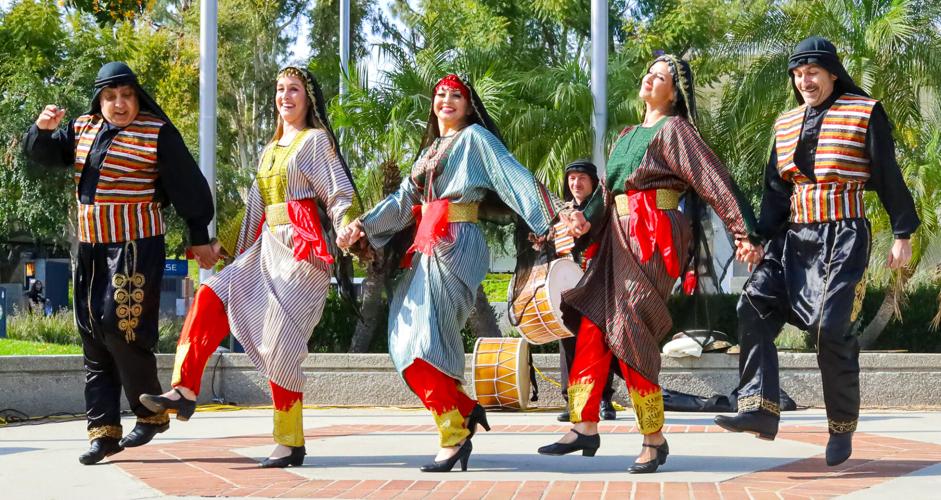 The Sa’id Music and Dance Company performs a Dabke dance at the Becker Amphitheater on April 28. (Matthew  Keyser / Daily Titan)

Students engaged with the organizations to learn about their culture. (Matthew Keyser / Daily Titan) 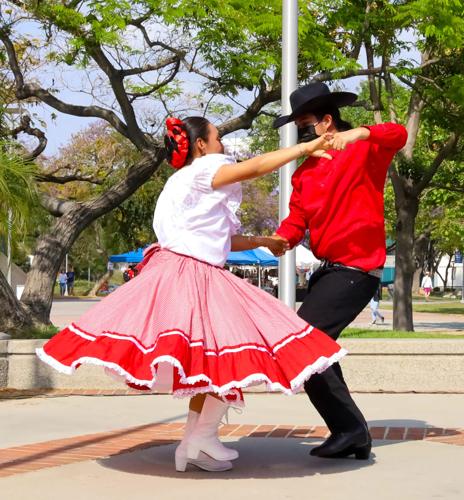 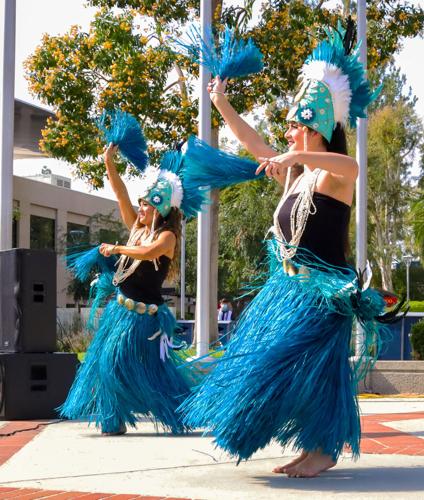 The Mahana Dance Company performing a Tahitian dance for students on April 28 at the Becker Amphitheater. (Matthew Keyser / Daily Titan)

The Sa’id Music and Dance Company performs a Dabke dance at the Becker Amphitheater on April 28. (Matthew  Keyser / Daily Titan)

Students engaged with the organizations to learn about their culture. (Matthew Keyser / Daily Titan)

The Mahana Dance Company performing a Tahitian dance for students on April 28 at the Becker Amphitheater. (Matthew Keyser / Daily Titan)

Culture Couture returned in person for the first time in two years at the Becker Amphitheater on April 28. Hosted by the Association for Intercultural Awareness, the multicultural event highlights the diverse history and traditions of Cal State Fullerton’s cultural clubs and organizations.

“This is just an opportunity for all the organizations to come out and show students their mission statements and how much they appreciate their culture, and try to exemplify the diversity here on campus,” said Isabella Galvan, the association’s chair.

Galvan said she wanted the event to feel as if students were traveling around the world. Several organizations including the Lebanese Students Association, Filipino Business Association, Students for Justice in Palestine and the Japanese Anime Club were present to spread awareness and inform students about their cultures.

“I think what’s really cool is just seeing how these organizations have flourished over time,” said Maysem Awadalla, the association’s events coordinator and a second-year political science major. “(The association) is the funding council for cultural clubs and so seeing them come alive with everything that we funded for them is really rewarding I feel, because you see them present for it, you see them want to do it, and then you watch it all unfold.”

The event also included stunning performances from Ballet Folklorico de CSUF, the Mahana Dance Company from Long Beach and a Dabke group from the Sa’id Music and Dance Company in Los Angeles.

Ballet Folklorico de CSUF dancers, Odalys Garcia and Arnold Garcia, took the stage and performed the Mexican regional dance of Chihuahua. Influenced by the polka music and customs from Eastern Europe, Chihuahua is a couples dance that highlights the wardrobe and footwork of its dancers.

“The wardrobe for this state is a lot shorter skirt so you can really focus on the footwork that's going on,” said Jennifer Uribe, president of Ballet Folklorico de CSUF.

Uribe said that she wants students to take away an understanding that Folklorico is more than just women in big dresses.

“We're more about the history and understanding that this is a representation of our culture and how we can express just who we are and where we come from,” Uribe said.

From the islands of Tahiti, members of the Mahana Dance Company performed a Tahitian dance that displayed the beauty of Polynesian culture. Five students were encouraged to come up to the stage at the end of the performance as they learned a few quick Tahitian dance moves while the audience cheered them on.

Galvan said bringing the Mahana Dance Company was important for CSUF students who felt that there wasn’t enough Pacific Islander representation on campus.

“I brought them because a lot of people have expressed that there’s not enough Pacific Islander representation, and even though we don’t have a specific Polynesian group here on campus that I know of, I would love to embrace all cultures as much as I can,” Galvan said.

Finally, from the Southwest North African region, the Sa’id Music and Dance Company returned to CSUF after 25 years. The company performed a traditional Dabke dance that rounded out the entire event.

Dabke is a Levantine folk dance that originated from villages in Middle Eastern countries. The villagers would come together to help patch up the cracks on roofs that were made out of mud. The process that included forming a line and joining hands while stomping on mud, eventually became a dance to unify communities and celebrate with one another. The performance was so well-liked that multiple students ran up on stage and participated in the dance towards the end.

Sa’id Judeh, founder of Sa’id Music and Dance Company, conveyed his gratitude for CSUF continuing to be a school that celebrates various cultures.

“The good thing about this school, the cross-culture, you learn about all the cultures. I’m from Palestine and my dance company, they’re from all over the world,” Judeh said. “The whole idea, it’s that music and dance is the only language that everybody understands, and we hope that we all live in peace.”