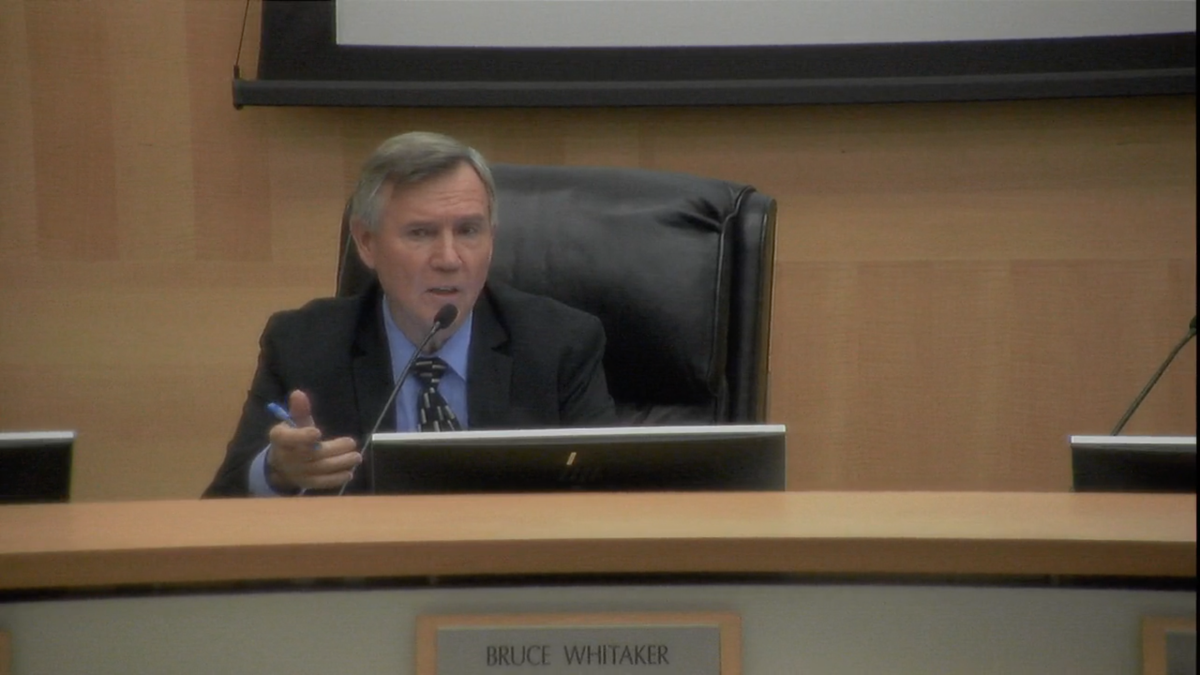 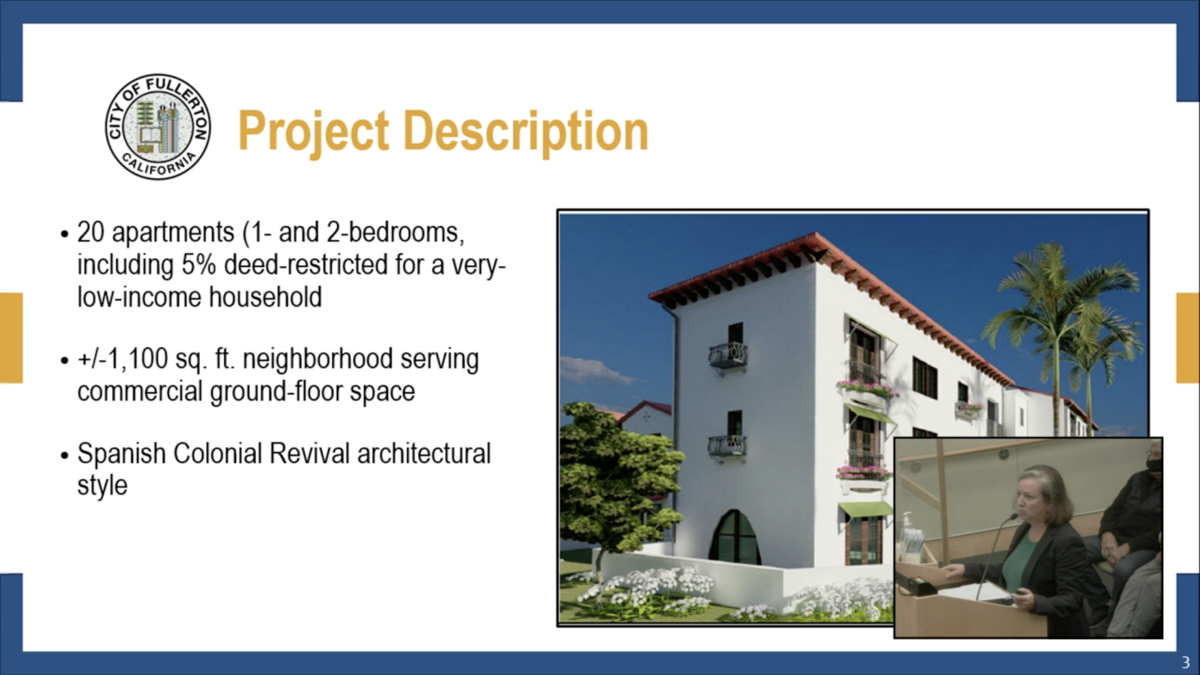 The Fullerton City Council on Tuesday voted 4-1 to approve the construction of a mixed-use development located at Highland Avenue and Valencia Drive.

According to Fullerton Planning Manager Heather Allen, the project will include the demolition of the self-service car wash facility at 415 S. Highland Ave. and the construction of Casa Bella, a mixed-use development center that will include 20 residential apartments and 1,152 square feet of ground-floor reserved for commercial space. The Spanish Colonial Revival-style development will also include one apartment unit reserved for affordable low-income housing.

The project was presented before the city council because it includes a zoning amendment as well as a general plan revision, Allen said.

Jose Trinidad Castaneda, a council member executive assistant for the city of Irvine, voiced his support for the Casa Bella project via Zoom and urged the mayor and council members to pass the resolutions and ordinances tied to the project.

“It's so important that we get more affordable housing and I could not think of a better project to replace that ugly empty parking lot, and really the carwash of a bygone era,” Castaneda said.

Jaymes Dunsmore, a Fullerton resident and member of the nonprofit organization People for Housing, said that the project is well-designed and a great example of the type of projects needed in Fullerton.

“It's so great to have the opportunity for neighborhood retail there and the fact that there are no impacts really makes this a great opportunity for some much-needed housing,” Dunsmore said.

Mayor Pro Tem Nick Dunlap commended the applicant on the proposed project and said that it would be a positive uplift for the neighborhood. Dunlap concluded with his motion to pass the four resolutions and the ordinance for Casa Bella.

Councilman Jesus Silva and Mayor Bruce Whitaker asked the planning manager for clarification on the resolution for the general plan revision after concerns were brought up by a public commenter who claimed that the revision for the central business district commercial zoning would apply to the whole city rather than just one project.

Allen restated the purpose of the general plan revision was to change the development type on the property from commercial to neighborhood center mixed-use for the sole purpose of allowing a combination of housing and commercial buildings.

Allen also clarified that the concern this revision would create something citywide was incorrect. If another applicant wanted to go the same route as Casa Bella, then the applicant would have to go through the same public hearing process before the planning commission and city council, she said.

Although some community members during the public comment hailed the Casa Bella development as affordable housing, Councilman Ahmad Zahra clarified that the project is market-rate housing but with an affordable component.

Zahra seconded Dunlap’s motion to pass the resolutions and ordinance.

Although the mixed-use development project passed, Whitaker, who voted no on the project, said he still had concerns with the plan’s proposed revision. Whitaker said that it is a wildcard and improvised type amendment that has a very wide-sweeping capability to be used in areas where it was never envisioned.

“I'm very supportive of the project. I think it's a fine project as long as it's limited strictly to this location. I have no problem supporting it, but I do have concerns,” Whitaker said.