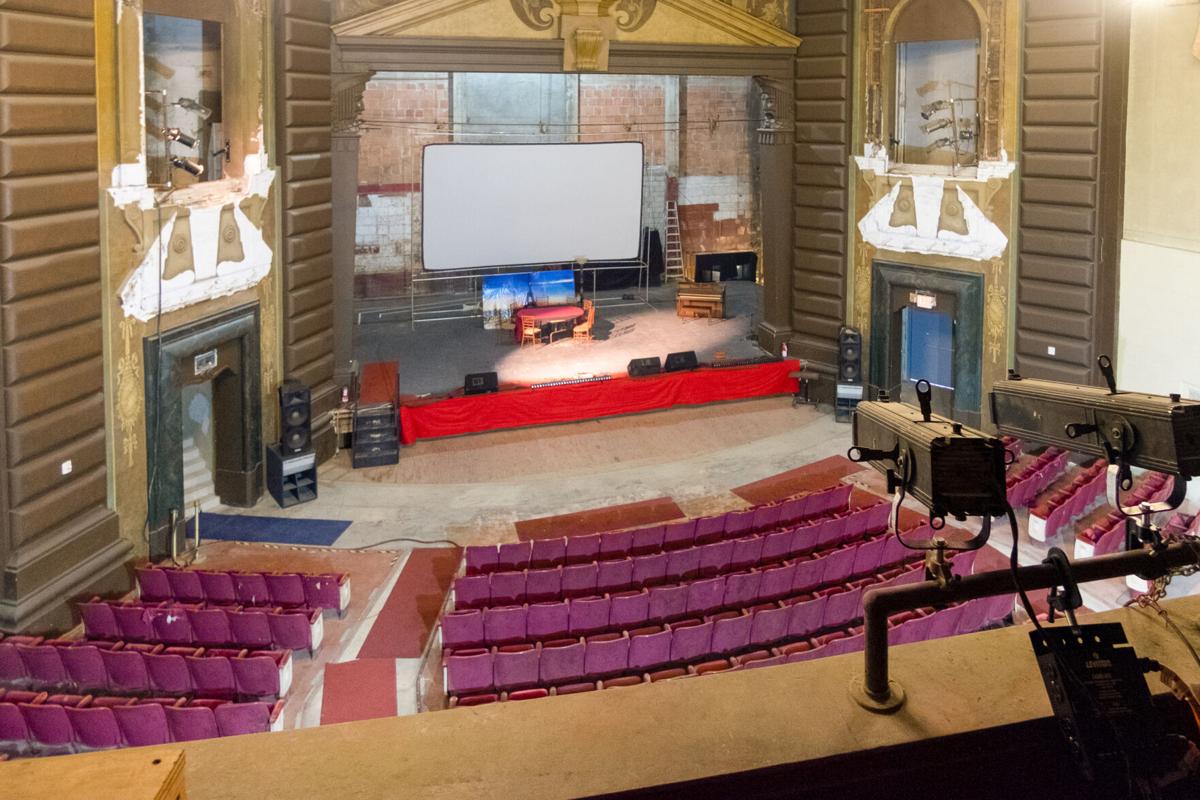 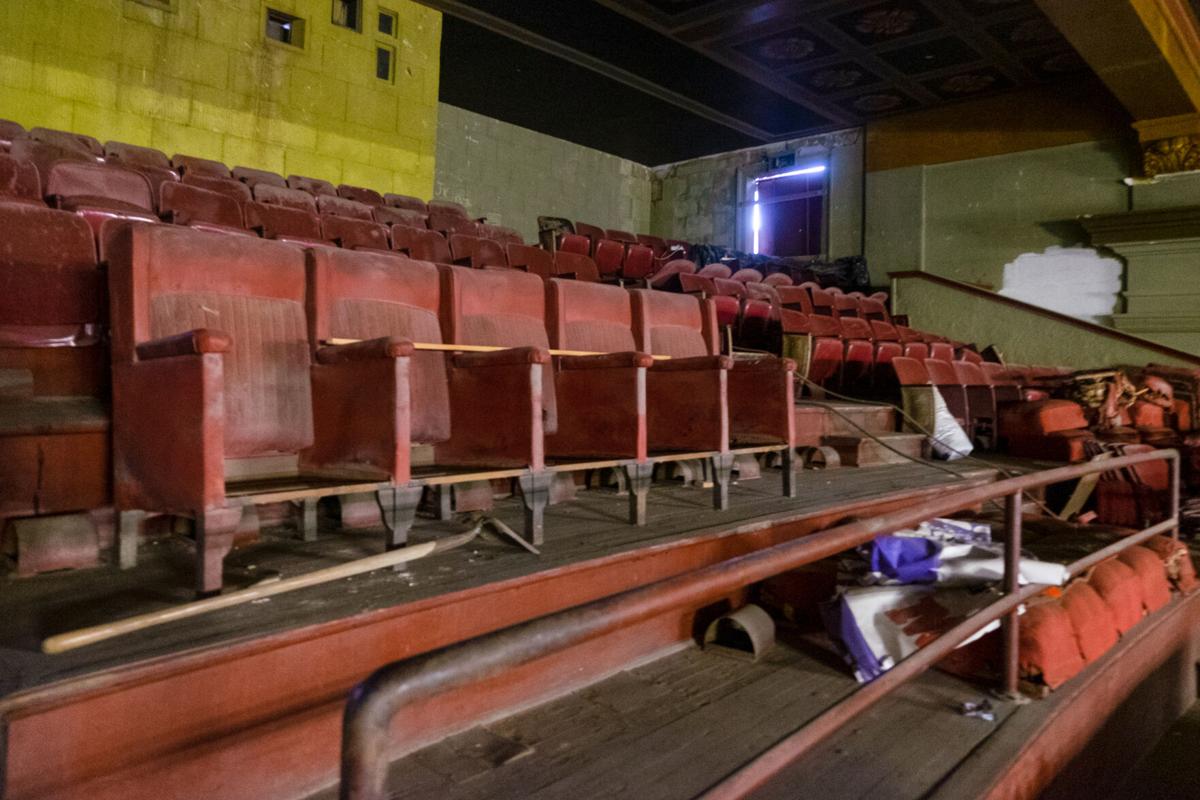 Work on the seats on the top balcony level of the theater will begin after phase II. (Spencer Otte / Daily Titan) 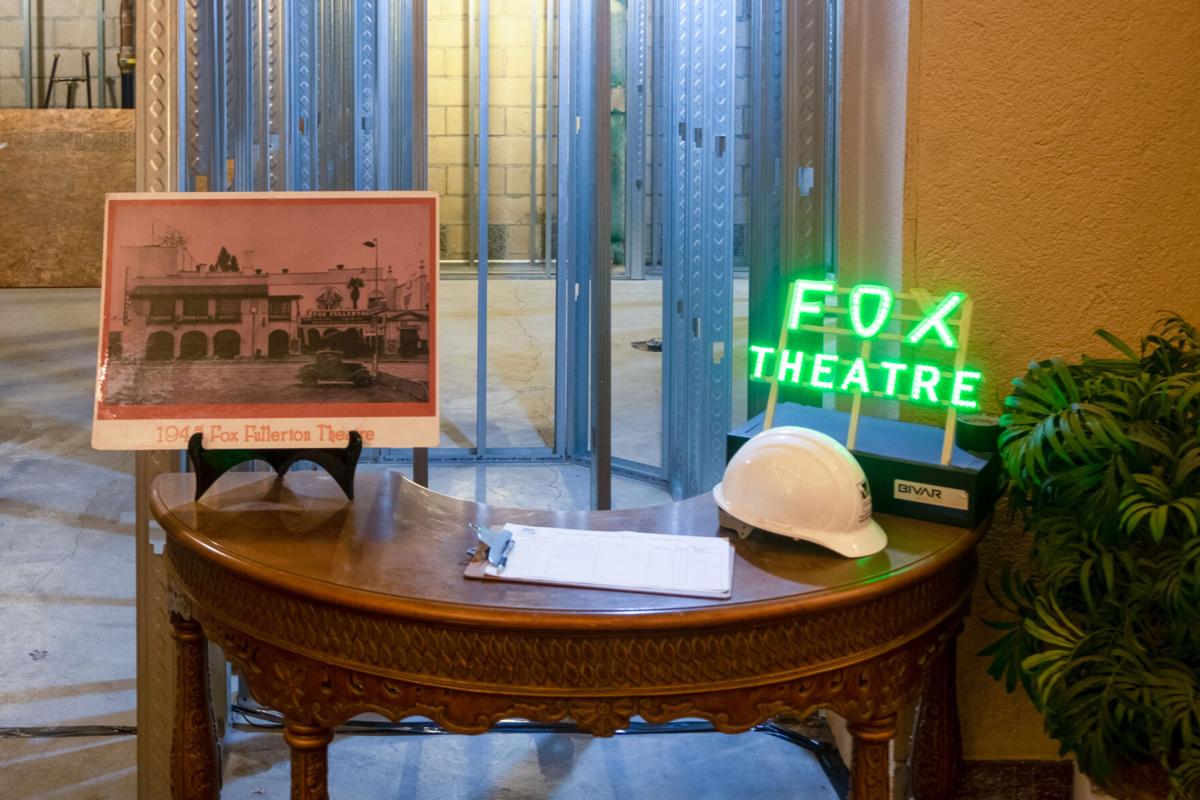 After years of work, the nonprofit that manages the historic Fullerton Fox Theater Foundation plans to break ground on the next phase of construction by the end of the year.

This will include adding working restrooms, upgrading the power to the theater and adding elevators to make the building ADA compliant, Newell said.

“Phase II is to try to get occupancy. Right now, when we do events, we have to get an event permit. And then we have to hire firefighters to be in every corner, we have to put up porta-potties, all that stuff,” Newell said. “We spend thousands of dollars just to do a small fundraiser.”

Since the foundation saved the Fox Theater from demolition in 2005, the group has made slow but steady progress, focusing mostly on reinforcing the building structurally. In 2015, the Fox unveiled a newly restored rooftop sign and auditorium ceiling, and in 2020 the windows of the tea room were restored by board member Bob Winkelmann.

Plans for Phase II are currently under review by the City of Fullerton and have been for several months.

Newell said that construction for Phase II should last about six months when it begins. Steven Forry, a fundraising expert who was hired as the executive director for the foundation earlier this year, says the foundation plans to have the theater open in time for its 100th anniversary in 2025.

The Fox Fullerton Theater was designed in an Italian Renaissance Revival style by Meyer & Holler, the architectural firm that was also responsible for Grauman’s Egyptian and Chinese theaters in Hollywood.

Elaborate mural work was featured throughout the theater — the lobby ceilings were painted a brilliant blue and gold, and in the auditorium hung six large tapestries depicting life in Early California. In 1929, the Fox Fullerton was wired for sound and was the first theater in Orange County to show a talking picture.

During its heyday in the 1920s and ‘30s the theater was visited by major Hollywood stars including Mary Pickford, Charlie Chaplin and Judy Garland.

In the early years of the Fox, theatergoers could lounge the Fullerton branch of the Mary Louise, a trendy Los Angeles-based chain of tea rooms, before being led to their seats by ushers wearing uniforms of black velvet accented with brass buttons and radium paint.

Later, in the 1950s and ‘60s, the theater underwent extensive remodels. Murals were painted over and the elaborate plaster ornamentation on the organ chambers to the sides of the stage were removed, and the proscenium was covered with drapes to make way for a wider Cinemascope screen.

In 1987, the city of Fullerton closed the Fox for good due to the owner’s refusal to pay for seismic retrofits.

While the foundation told the Fullerton Observer late last year that they had hoped to have completed Phase II of their construction plans, Newell said not much construction has gotten done over the last 18 months due to the coronavirus pandemic.

“Because of the shutdown, that's really stopped almost everything,” Newell said.

The Fox Fullerton collects some money from Dripp Coffee that occupies what was once a Firestone garage that was added to the premises in 1929, but otherwise, the foundation relies entirely on donations.

In 2018, they received a $2.5 million grant from then-governor Jerry Brown, who had toured the theater the previous year. Newell said that the project has so far cost $14 million and that they are more than halfway done with construction.

When it opened in 1925, the Fox Fullerton doubled as a vaudeville stage and featured state-of-the-art dressing rooms and backstage areas. When the theater eventually reopens, Newell said he envisions a similar mix of live entertainment and film programming. The foundation also plans to rent out restaurant space in what was once the Mary Louise tea room.

During the week, the Fox will act as a revival house screening classic movies, saving the stage for concerts and other live performances on weekends.

Forry said the theater is not important to Fullerton just for its historical and architectural value, but that it will continue to bring revenue to the city for years to come.