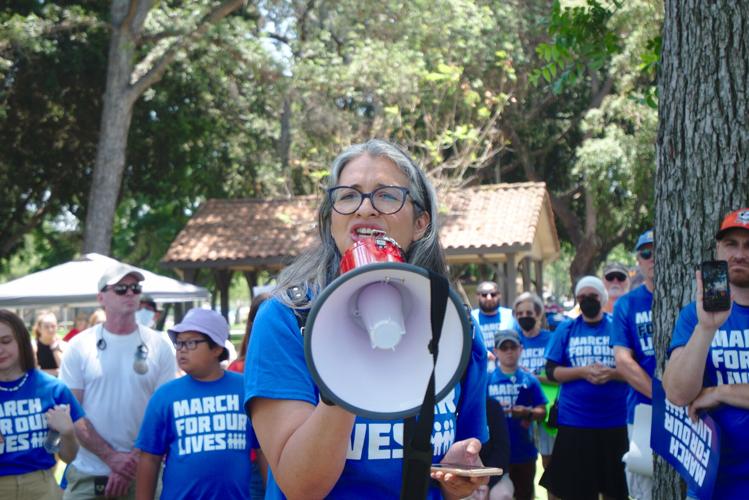 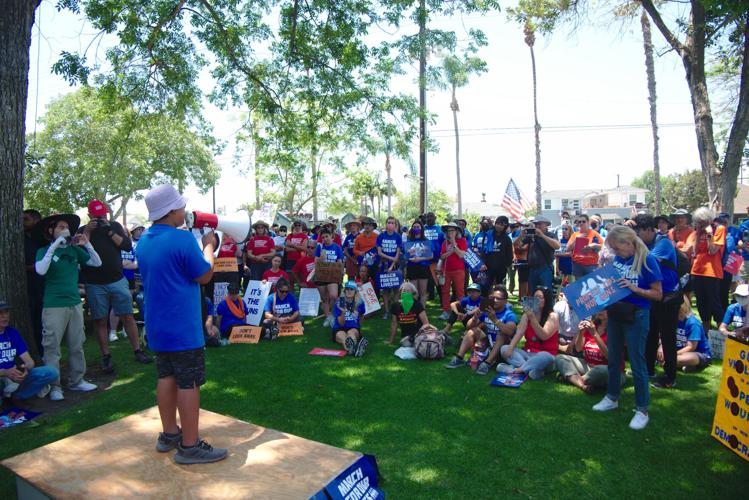 In response to several recent national mass shootings, including one that left 19 students and two teachers dead at Robb Elementary School in Uvalde Texas, hundreds of protesters gathered at Pearson Park in Anaheim on Saturday calling for measures to curb gun violence.

The Orange County march was one of more than 450 national demonstrations by March For Our Lives, a nonprofit, youth-led movement that promotes  civic engagement, education and action to eliminate gun violence.

“We’re standing up today to our elected officials with one message: Congress needs to do more to finally end the epidemic of gun violence in this country,” Mendez said before the noon march.

Nearly 300 people surrounded Mendez as she rallied attendees followed by members from the Orange County community ranging from teachers, students and other grassroot organizers spoke against gun laws and urged the need for reform.

Lizzette Barrios-Gracian, a high school teacher in Anaheim for the past 20 years, rallied the crowd during an emotional message against arming teachers.

“I have a message for gun-pushing, bloody-handed politicians:; I refuse your bloody rifles in my classroom,” Barrios-Gracian said.

11-year-old Camden Serrano, an incoming Beatty Middle School 6th-grader, said his reason for speaking at the rally was in part because of the school shooting in Uvalde, Texas that killed 19 children and two teachers. He emphasized the necessity for his peers to have difficult conversations involving guns.

“Protect us for we cannot protect ourselves. The children are not alright and we will not be alright until you stand up and do what we’ve been asking for since Columbine in 1999,” Sara Hardyman, an incoming high school junior, said to the crowd.

Following the speeches, the crowd  marched from the northeast side of the park at 1 p.m. south on Harbor Blvd. before heading east on Cypress St. toward Anaheim City Hall, where they gathered at the steps in front of the building.

After a couple of hours of demonstrators speaking in front of city hall, Barrios-Gracian felt there was a lack of local attendees at the roughly three-hour march.

Mendez had a different perspective on the turnout, highlighting the presence of younger people and their involvement in speaking out.

“I think that Orange County and the people who live in Orange County deserve better than to live in fear due to the inaction of politicians and lobbyists who continually put profits over lives,” Mendez said. “What we wanted that march to convey is that our elected officials need to step up and deliver on gun violence prevention legislation and we’re willing to do whatever it takes to get it.”