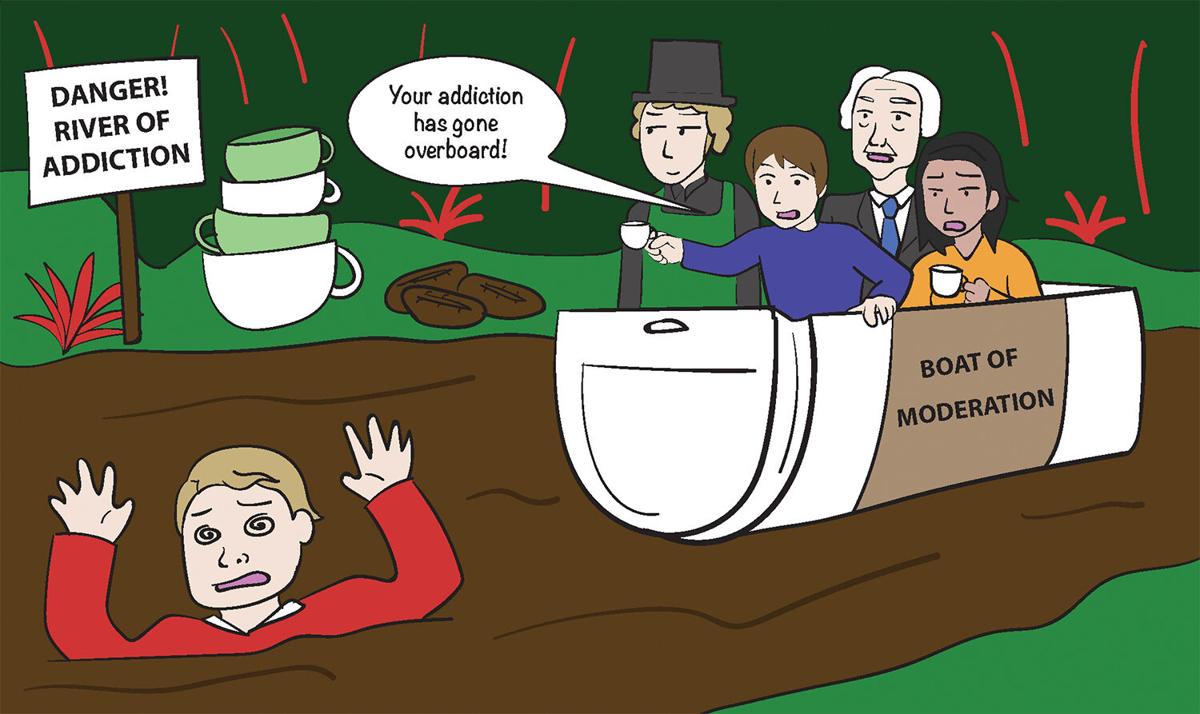 Coffee has recently been given a bad reputation as a highly addictive substance. While negative side effects are real, they only comes about when one goes overboard. (Natalie Goldstein / Daily Titan)

Good news, caffeine addicts! Coffee consumption has a greater chance of saving people than it does killing them.

Considering the fact that 83 percent of Americans are already drinking coffee on a regular basis, according to the National Coffee Association’s 2013 online survey, this probably isn’t worthwhile news.

That majority has probably also ignored reports that coffee is an addictive substance that can be toxic, kill you, cause insomnia or restlessness and is detrimental to those who have high cholesterol, according to warriorcoffee.com.

And to be honest, it’s alright for some Americans to ignore these reports.

Caffeine intake might seem like an addiction, but it can’t be labeled as one because of the inconsistency in the effects after every consumption, according to an article in The American Journal of Drug and Alcohol Abuse.

Similar to food poisoning, coffee can be toxic only if it had been a badly brewed batch in the first place. A whole cup can be tainted because of one ruined or ripped bean, but let’s assume that Americans have been drinking long enough to know the difference between good coffee and bad coffee by now.

Coffee can only be potentially lethal if 23 liters of it is drunk in a short amount of time, according to Warriorcoffee.com.

Drinking too much water can also be deadly and everyone knows that water is the healthiest beverage out there.

The point is, drinking an excessive amount of anything can result in intoxication, which can be potentially fatal, so of course, drinking 23 liters of coffee in one sitting is a bad idea. In this case, it’s actually considered safe to drink up to six cups a day.

If it isn’t obvious already, there is caffeine in coffee so, yes, six cups every day will probably cause insomnia.

One of the biggest reasons why people drink coffee is to stay awake.

But to avoid that restlessness when you actually need to sleep, only 400 milligrams of caffeine is recommended. That’s about four cups of coffee a day. For all those coffee lovers with sleeping issues, this is certainly doable.

Six is the number people ought to remember when it comes to how many cups of coffee is allotted per day, though even less is preferable. A plain black coffee is actually a low-calorie drink–it’s the cream, sugar, milk that builds up those calories. Plain black coffee may be unappealing to most people, but adding eight tablespoons of sugar and a whole cup of milk is hardly necessary.

Coffee might have anticancer properties since researchers have found a correlation between the beverage and the reduction in liver cancer, according to Harvard Medical School.

The antioxidants in coffee are beneficial in improving insulin sensitivity and lowering the risk of Type 2 diabetes because such ingredients help lower blood sugar, according to Harvard’s Nutrition Source website.

Coffee can increase the resting metabolism rate, which subsequently reduces the risk of diabetes even further. Coffee drinkers also have a less likely chance of getting gallstones because coffee can effectively counter the bile that is produced by the liver which causes gallstones.

In regards to Parkinson’s Disease, a higher intake of coffee is connected with a lower risk of the disease, according to healthline.com.

On that note, a 2012 article in The Official Journal of the American Academy of Neurology shows that caffeine in coffee helps people with Parkinson’s Disease manage their uncontrollable movements.

Coffee even increases the possibility of longevity as the thought of a longer life probably seems daunting after the results of this nation’s recent and most tumultuous election. However, the idea of it still seems nice enough.

Moderation is the neat trick to getting health benefits from coffee while avoiding the negative side effects from excessive caffeine intake.

The reason coffee may lead to health issues is because people abuse the caffeine by drinking in large amounts and adding way too much sugar.

But with a little moderation, there’s no reason why people should have to give up coffee.