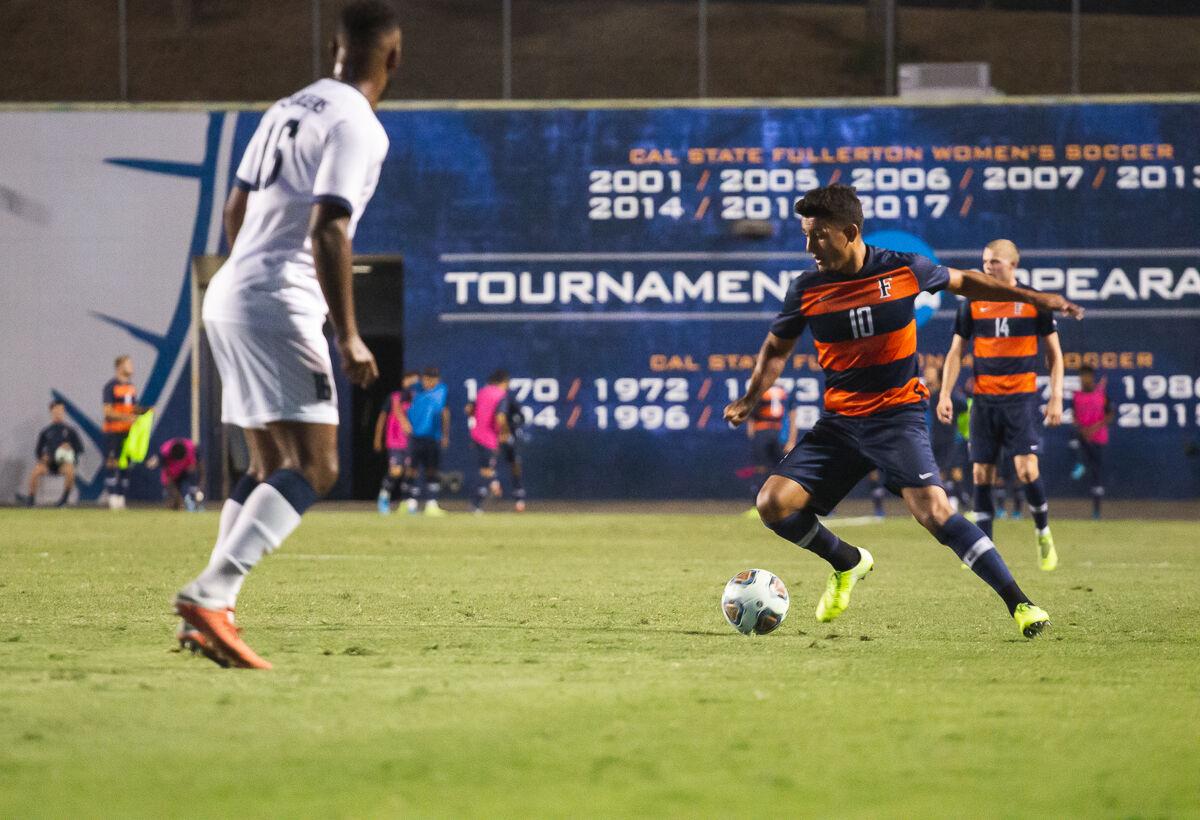 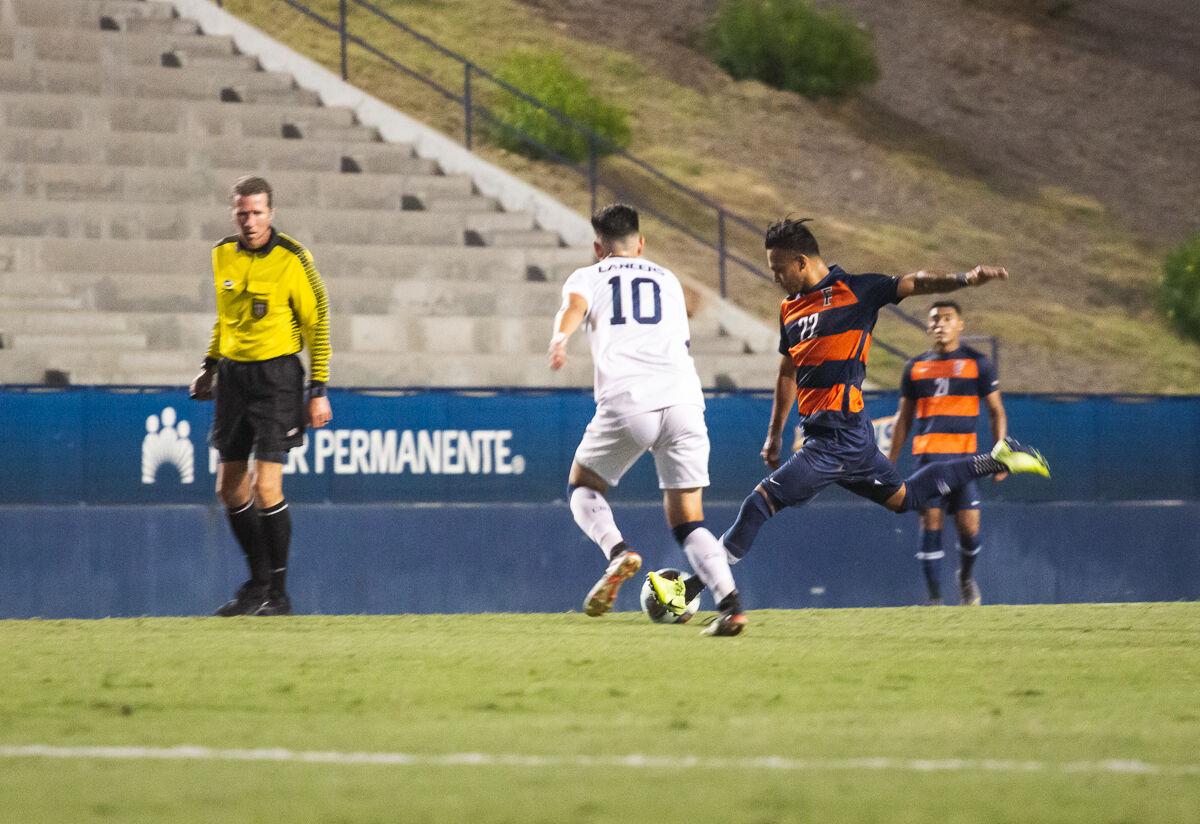 The Cal State Fullerton men’s soccer team improved to 8-0 for the season with a 1-0 win over Cal Baptist on Wednesday night at Titan Stadium.

The squad’s return to home field comes three days after defeating San Francisco, 2-1, in its first away game of the season. The win improved the team’s ranking from 14th to 13th in the nation.

After San Francisco scored in the 48th minute, junior Christian Pinzon evened the game with his fifth goal of the year. The goal, which was made in the 53rd minute of the match, was quickly followed by another courtesy of senior Oscar Flores in the 67th minute.

Pinzon and Flores are both highly ranked in the conference 3rd and 4th, respectively.

The win over the Lancers pushed CSUF over the edge, as they broke the school’s record for the best start in men’s soccer history. Head coach George Kuntz said he believes the team’s “never say die attitude” has allowed them to fulfill the achievement.

Flores described the feeling of achieving such a feat as “surreal” as they’ve developed a family dynamic within the team.

“It’s a big accomplishment for the boys and the whole group of guys,” Flores said.

The Titans came out strong against Cal Baptist recording 21 shots in total, 11 being on goal. Midfielders Alex Juarez and Flores each made three shots on goal while forward Pinzon attempted six shots on goal. The shots on target resulted in nine total corner kicks for Fullerton.

The Titans kept the fouls to a minimum, only committing six as opposed to the Lancers 11.

Despite a solid start, the Titans ended the first half tied with the Lancers 0-0. Kuntz credited preparation and experience with teams who “play behind” with their ability to overcome.

“We’ve dealt with a lot of teams in the last eight games that play that way,” Kuntz said. “We’ve faced it so many times that it’s something you’re accustomed to.”

The adjustments made during half time proved successful when forward Jessy Sotelo made his second goal of the season in the 55th minute of the match. The goal was assisted by Flores, his third of the season.

“I think in the 55th minute we were patient enough,” Flores said.

Senior goalkeeper Paul-Andre Guerin, Sept. 16 Big West Defensive Player of the Week, made four saves throughout the 90 minutes of play. He now has 18 shutouts for his career, tying the men’s soccer all-time record.

Despite the historic start, the team’s work is far from done.

“There’s a lot of things we can do better, pressuring the source to eliminate that and that’s something we’ll work on in the future,” Kuntz said.

The Titans maintain home field advantage as they face Loyola Marymount University Sunday at 5 p.m. before hitting the road for three away games. The stretch of away games closes Wednesday, Oct. 9 as the Titans take on their first conference opponent at CSU Northridge.