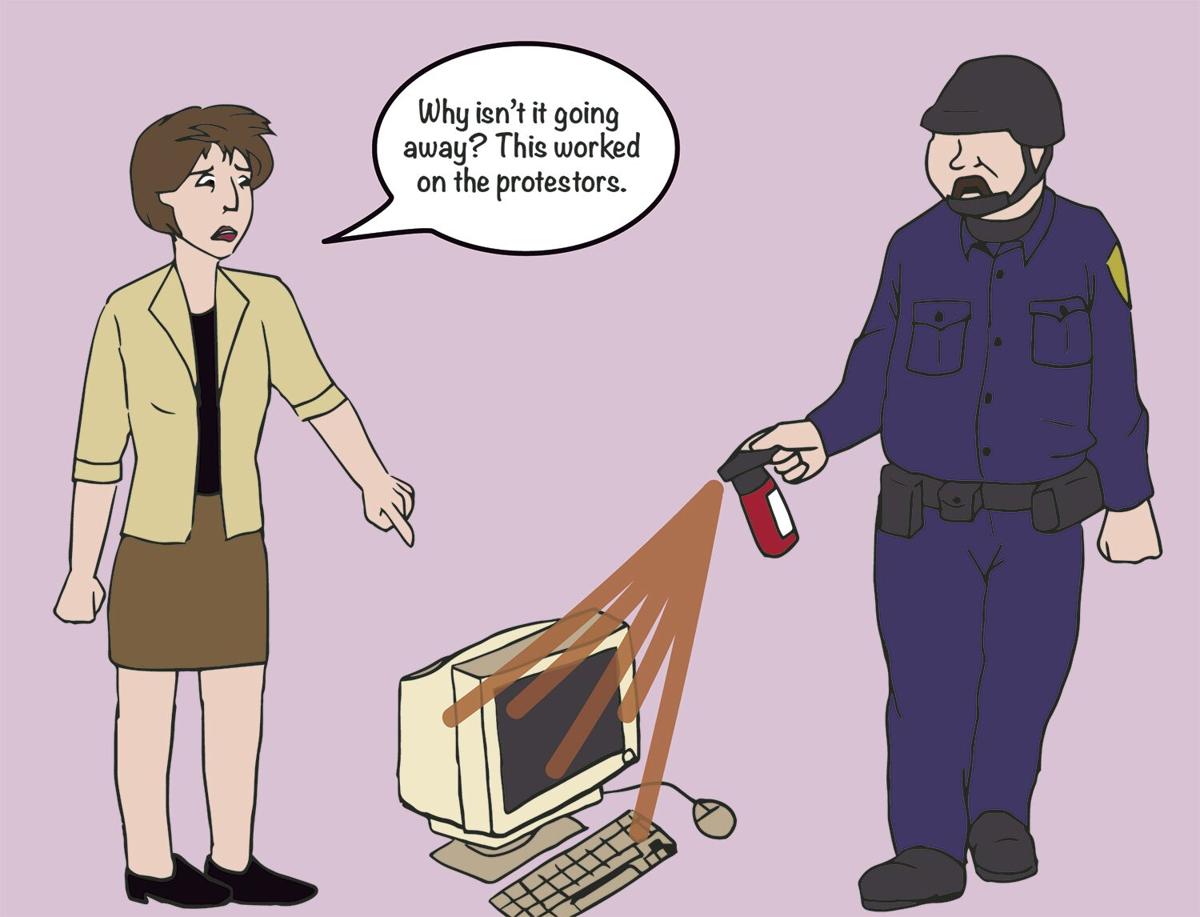 The University of California, Davis has received backlash for attempting to rid the internet of the 2011 incident that involved a police officer pepper-spraying subdued student protesters. (Natalie Goldstein / Daily Titan)

UC Davis has been the center of controversy with its attempts at saving face by spending nearly $175,000 to erase online records of actions taken by university law enforcement during a peaceful protest on the its campus Nov. 18, 2011.

The school’s effort to exonerate itself has proven useless by bringing about more unwanted attention. As of April 15, the University of California Student Association called for the resignation of Chancellor Linda Katehi and has been the latest attempt to right this terribly handled affair.

The entire act of covering up the problem has blown up in the administration’s face. One overreaction has grown into another and the only way to fix it now is to accept it.

“When you try to sweep it under the rug, it is just going to explode, and more people will hear about it. Now you are paying for damage control and (a) cover-up,” said Ira S. Kalb, an expert in marketing at the University of Southern California.

The reasoning behind Davis’ cover-up is an “Increased investment in social media and communications strategy (that) has heightened the profile of the university to good effect,” said Dana Topousis, interim strategic communications lead and executive director at UC Davis.

Nothing can be scrubbed from the internet; Davis’ actions are merely a useless attempt at trying to save face.

The only logical reasoning is that the university wants to keep a clean face for prospective students who wish to apply for admission. If one seeks more information on “UC Davis,” one of the first things they‘d be greeted with is an article about the call of resignation of the school’s chancellor, which isn’t the best way to attract new students.

But the fact UC Davis wasted so much money trying to cover the spraying on the internet is appallingly naive. The second something of this magnitude hit the internet, it spread like the plague. Memes were generating rapidly and news stations couldn’t help but address the ridiculous act of the police officer pepper spraying peaceful student protesters.

On top of the feckless and costly attempt at covering up, the UC Davis administration has also paid Lt. John Pike, the man who committed the hateful crime, $38,055 in workers’ compensation from saying that he received so much hate and negative attention that it caused depression and anxiety.

It’s ridiculous to assume that paying the man who caused the entire controversy more than the students who were the victims was a good idea. The men and women behind that decision deserve a bit of pepper spray themselves.

In the pursuit to retain its reputation, the university has fallen prey to the depths of the internet and to itself. The only thing for UC Davis to do now is to accept that a mistake was made, publicly apologize for its laughable attempts and somehow make better amends to the students involved.