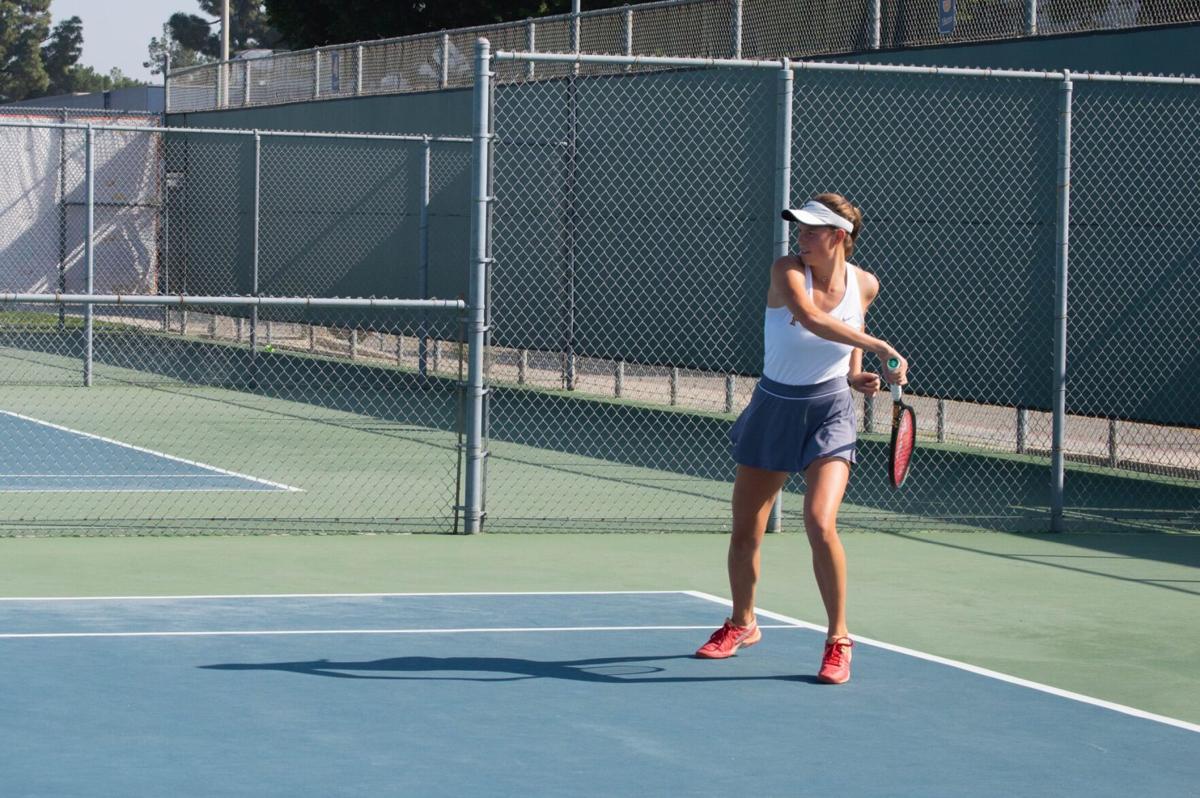 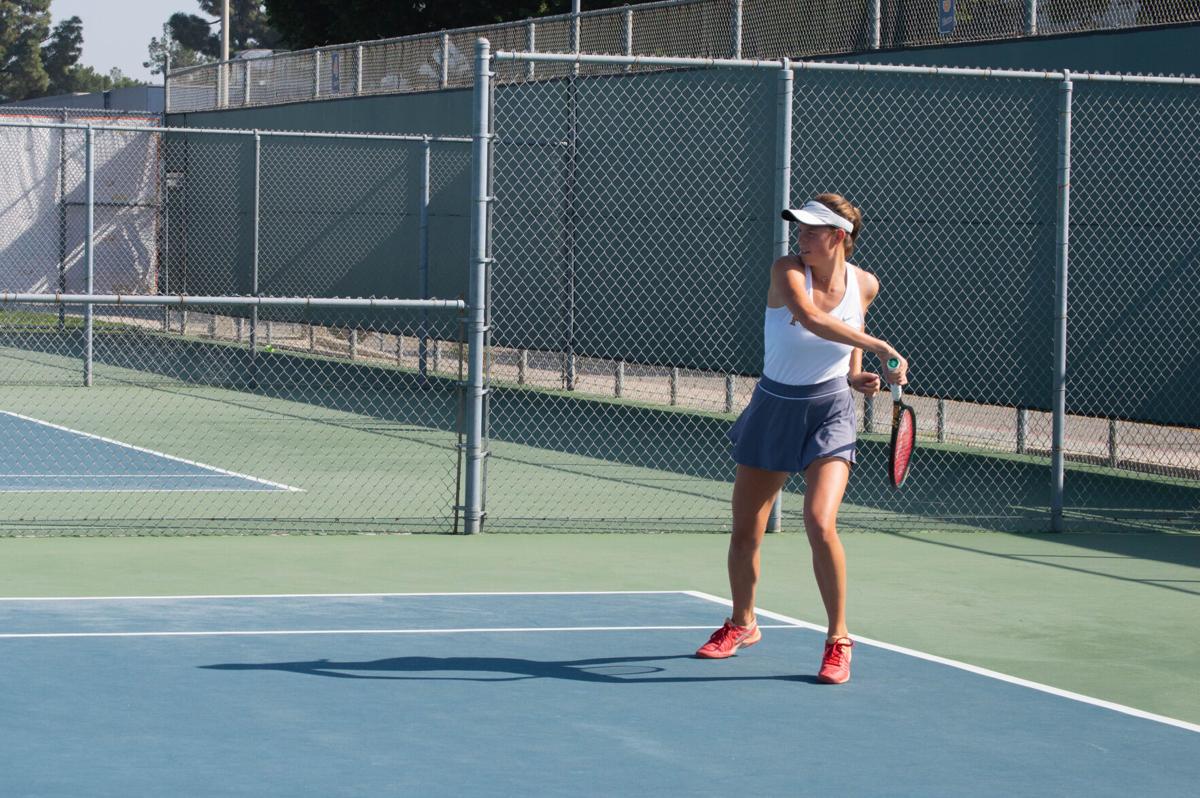 The CSUF women’s tennis team was victorious on Friday with a thrilling 4-3 win over the University of New Mexico Lobos at Titan Courts.

As they entered the duel, the Titans came off of a pair of losses to San Diego State and Saint Mary’s College. Before the two-match skid, CSUF had a perfect 5-0 record.

Because of their one-point deficit heading into the singles, the Titans needed to win four matches to take home the victory. Despite the worsening weather conditions, the Titans played extremely well. The matches were hard-fought, but in the end the CSUF did just what they needed to do, coming away with four wins to New Mexico’s two.

Junior Jadie Acidera showed great poise in her match against Alicia Manolescu, as she lost her first set, 6-7, but won the next two sets, 6-4 and 6-1. Zeidan kept the momentum from her dominant doubles performance going with a 6-4 and 6-3 win over Sara Kuuttila-Webbert.

Sophomore YuSeung Suh scored a win, 6-4 and 6-3, over Munday and Camila Garcia won a dominant victory within the first two sets against Danielle Quevedo.  Garcia said she was happy with her win, and acknowledged that she maintained her composure throughout the match.

“I felt good. I also felt like I improved. I was more patient this match. I’m just happy I got the win. I think I’m starting to get more confident with my shots. And also just playing so many matches really helps you improve,” Garcia said.

While Garcia was proud of her own win in her singles match, she said she was equally proud of the team’s overall performance throughout the day.

“We did so good. I really enjoy every match that I watch. I think they played really well,” she said.

Coach Dianne Matias said she was also very pleased with the team’s overall performance, especially coming back after losing the doubles point.

“We competed very well in the doubles and the singles. New Mexico brought really good energy, but we managed to keep our composure,” Matias said.

Matias said she was especially pleased with Acidera’s performance.

“It came down to the third set with Jadie. I think she struggled a little bit in that match, lost the first set, but next thing you know, the other girl’s getting tight, Jadie’s getting more balls in play and you could see the momentum shift. Jadie did a good job in that third set being a little bit more composed with that girl and she was hitting out on her shots a little bit more,” Matias said.

Coming off of two losses, Matias said the team showed significant improvement and fixed many errors.

“I think we definitely learned from those two losses. The teams that played against us did well and we tried to learn from that and tried to acknowledge that. We saw what we could do a little more of, which was keeping more balls in play,” Matias said.

The improvements showed, and the Titans battled hard to pick up an important win.

The Titans were scheduled to compete against UC Riverside last Saturday, but the duel was postponed until April 8 due to rain.