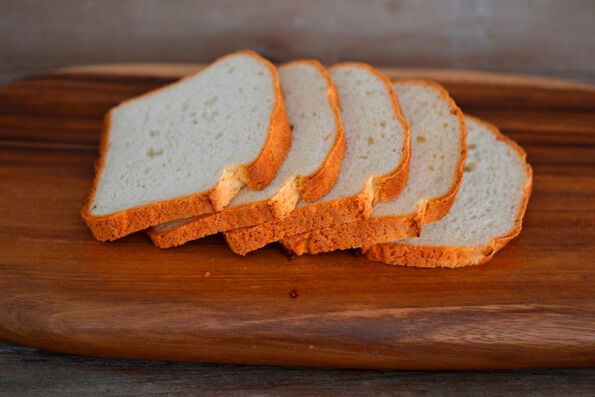 If you want to live a gluten-free lifestyle, it will require you to cut certain foods out of your diet, such as bread. Your body will be at risk of having celiac disease if you are allergic to gluten, but removing gluten from the foods you eat can lead to a healthier lifestyle.Courtesy of Chelsea Lincoln

Gluten is the key ingredient to some of America’s favorite crunchy, crispy and tasty foods. However, as more studies surface that contribute gluten to a wide variety of health problems, professionals are now saying that eating gluten-free isn’t a popular and new health trend, but that eliminating gluten from some diets can truly improve overall health.

So what exactly is gluten? It is the protein that is found in wheat, rye and barley. It is found in most of America’s most popular and favorite foods including pizza, pasta, bread and processed foods. However, gluten also can sneak into products that aren’t packed full of carbohydrates, or even in food, such as makeup and toothpaste.

Some people may argue that gluten has been consumed for literally hundreds of years without all these health problems that appear today. While this may be true, like many other foods today, the protein in gluten is much different than it once was.

“The wheat that we’re eating today is not the same that our forefathers ate,” said Gwendolyn Moore, registered dietician and nutritionist, serving in Rancho Cucamonga and Newport Beach. “When (the) molecular structure is changed, it is a problem.”

It is no secret that some of the food consumed today has been altered in some way, whether it is to make it last longer or taste better. “Gluten is an inflammatory food,” said April Murray, a registered dietician of OC Nutrition Coaching in Costa Mesa.

Removing gluten from one’s diet may provide them with more energy, more concentration, less headaches and a more efficient gastrointestinal tract. Some other symptoms that can be contributed to eating gluten include, but are not limited to, diarrhea, bloating, eczema, delayed puberty or infertility and bone or joint pain.

People who experience these symptoms and others may have an intolerance or an allergy to gluten and may find relief by cutting it out of their diets. Those people who do have an allergy to gluten will likely be diagnosed with celiac disease. For them, gluten must be eliminated altogether or their bodies will not be able to properly absorb nutrients.

Sarah Manchin, 20, currently attends Saddleback College and was diagnosed with celiac disease a year and a half ago. Because celiac disease is genetic, she and her sister inherited the gene from her father.

Manchin was extremely ill before she was diagnosed with celiac disease. Her vitamin levels were unbalanced, and she slept through most of the day and had horrible stomach pains that she described as feeling like fireworks, sometimes leading her to the hospital.

Since eating a completely gluten-free diet, Manchin said her health has improved and the only thing she misses about her previous gluten-filled diet is the desserts. Those diagnosed with celiac disease also must avoid any places or foods that have been “cross-contaminated” with gluten. For instance, Manchin cannot have a gluten-free pizza that was sliced on the same cutting board as a regular pizza. It is clear that having a gluten-free diet isn’t the hottest or quickest way to fit into those smaller clothes.

Some people who eat gluten-free may experience weight loss because they are cutting out carbohydrate-filled foods they used to eat. Those who are following a gluten-free lifestyle, but not doing so for possible weight loss, may find their taste buds satisfied with gluten-free versions of their favorite foods.

However, Murray reminds us that gluten-free products aren’t a “healthier” alternative to ones that do have gluten, in terms of calories, carbs and fats. That is why associating weight loss with being gluten-free isn’t always appropriate.

It is always important to check food labels, especially for those who have an intolerance or allergy to gluten.