You have permission to edit this article.
Edit
Home
News
Sports
Lifestyle
Opinion
Archive
Advertise
Donate
Share This
1 of 4 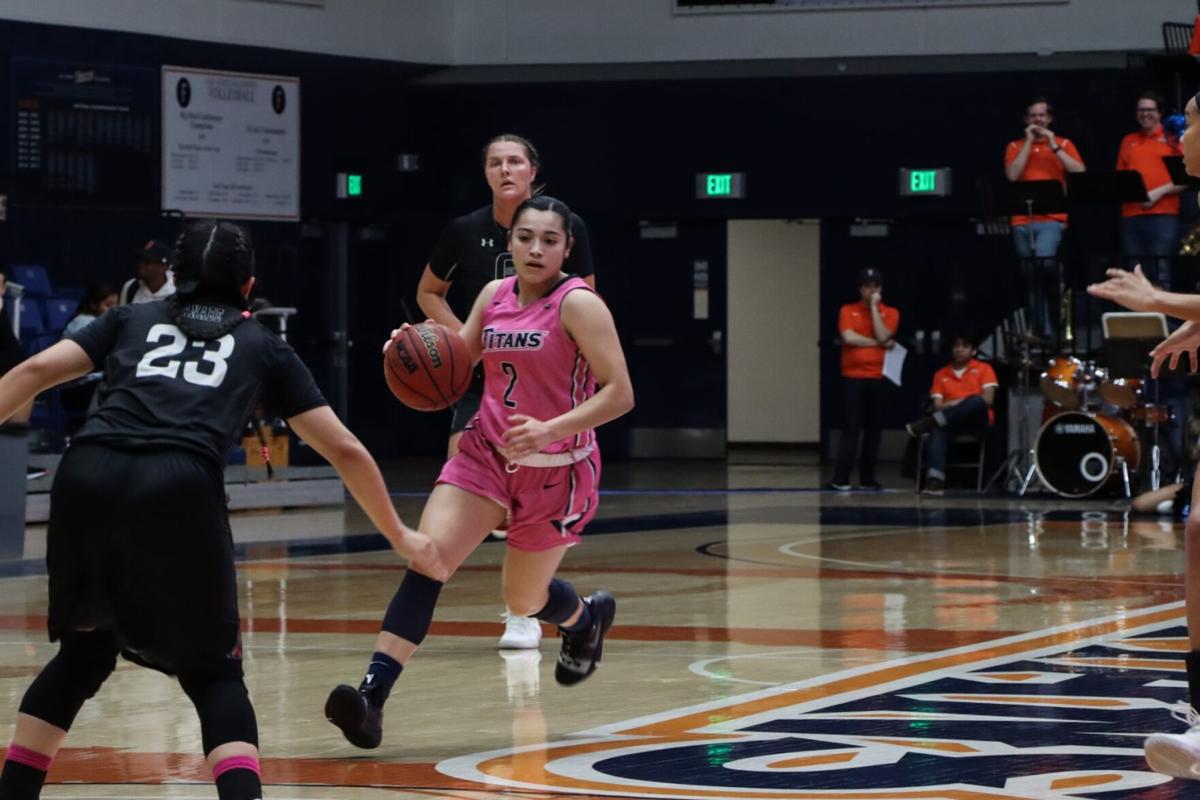 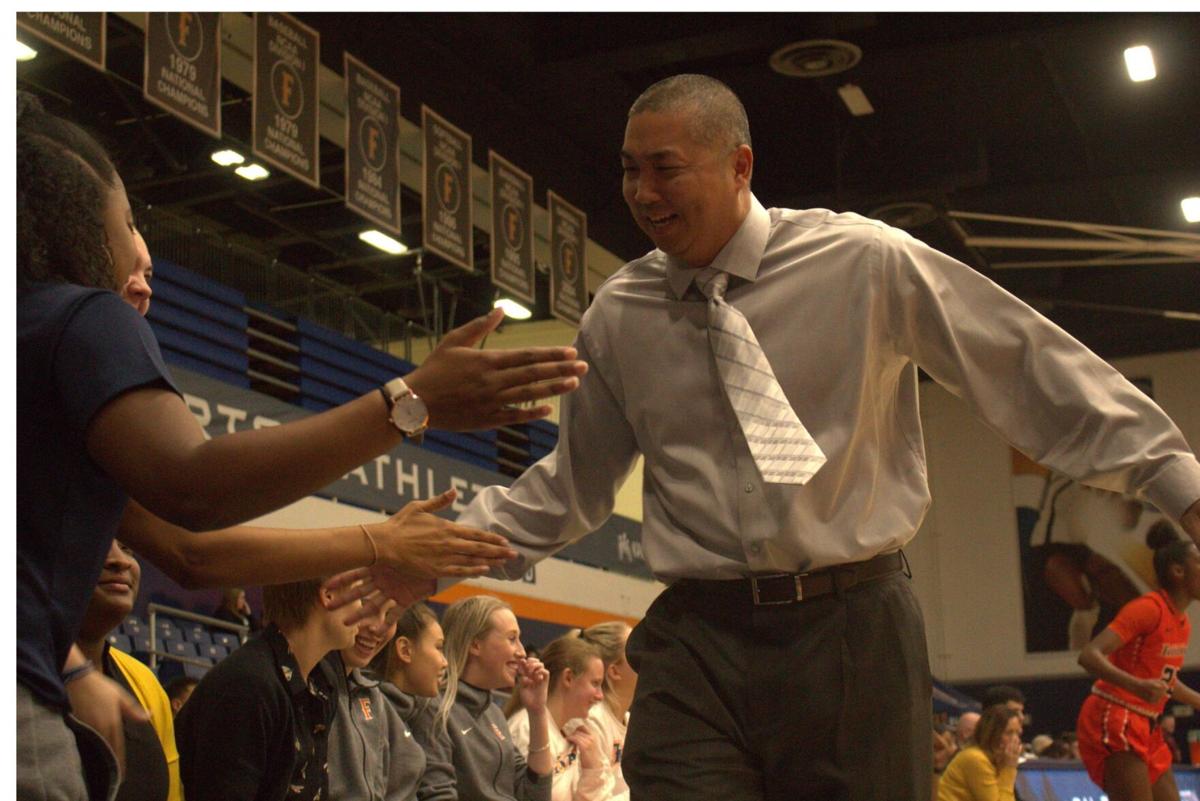 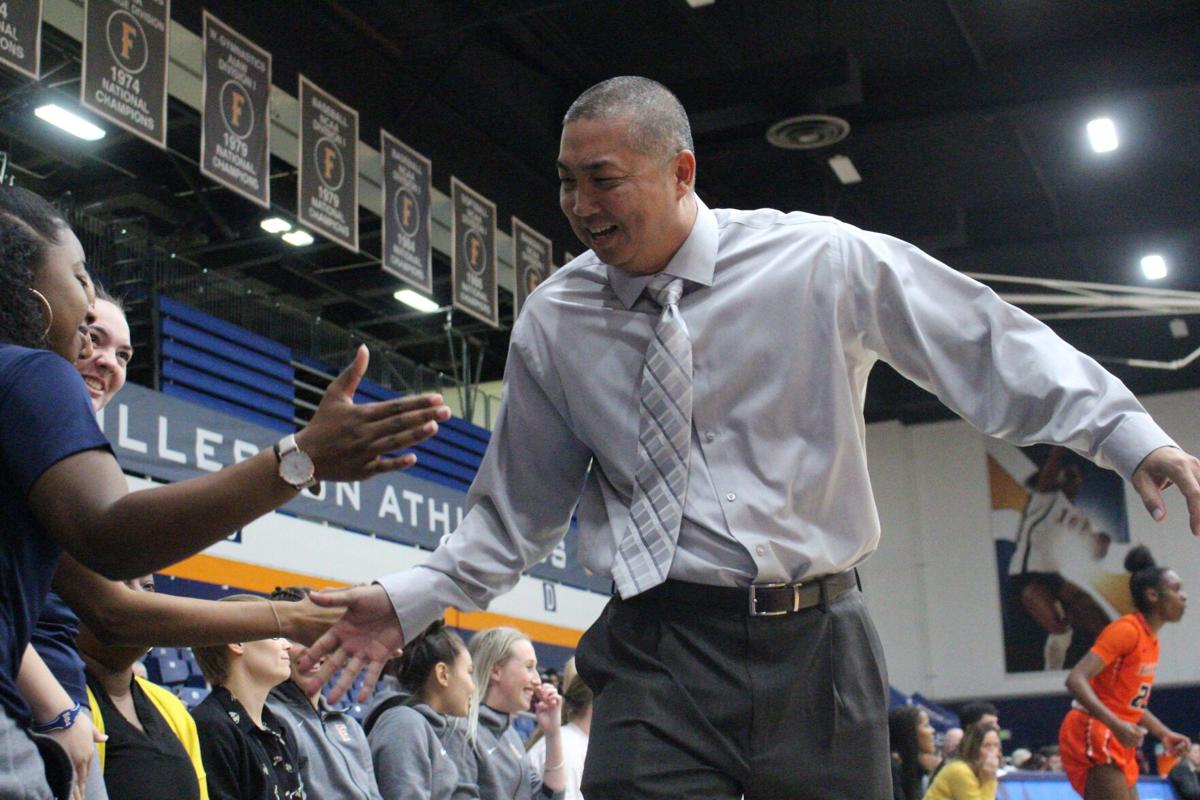 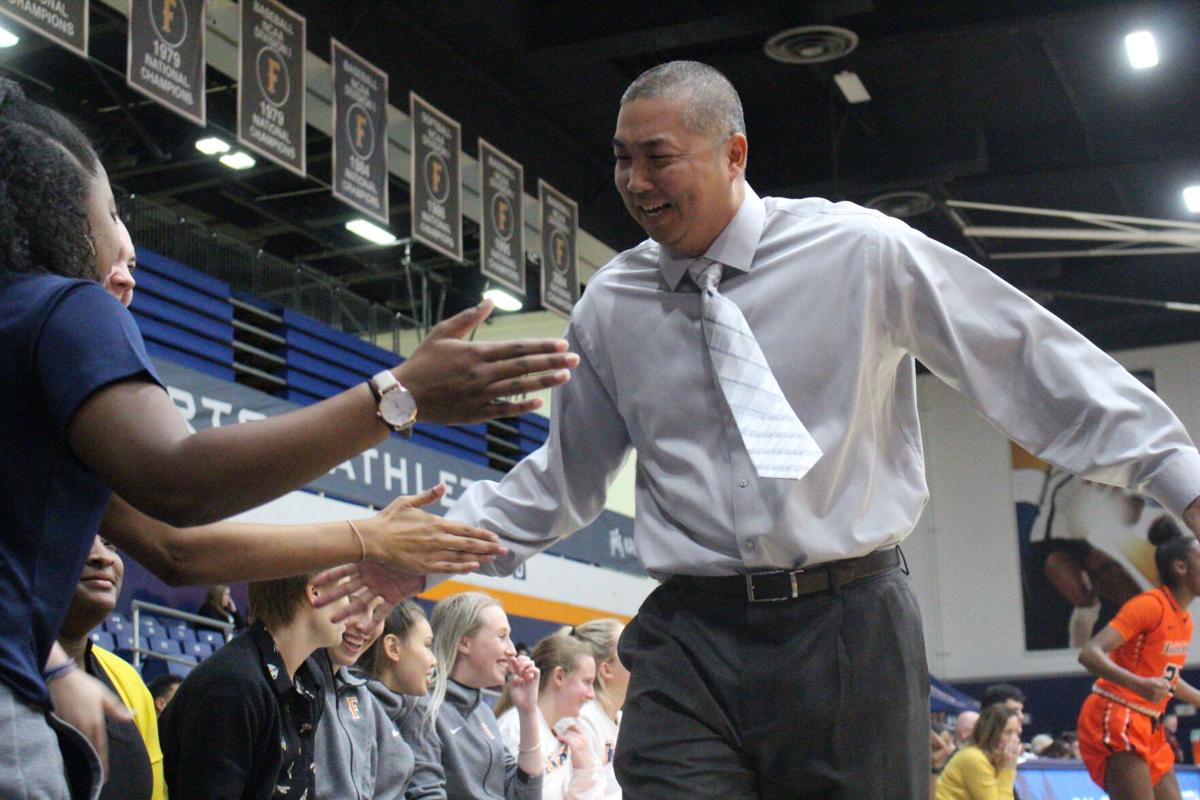 With the Big West Tournament set to begin tomorrow night with the women’s tournament, the head coaches of the CSUF men’s and women’s basketball teams spoke to the media as each team will fight for the automatic bid to the NCAA Tournament.

In her second season with the Titans after transferring from Northern Arizona, Perez led the conference in scoring with 20.3 points per game, which ranks 12th in the NCAA. She was fourth in shooting percentage (47.8%) and fifth in 3-point percentage (37.7%). She scored at least 20 points in 14 of CSUF’s 29 games, including four 30-point games. Perez also became the first Titan to win the award since Genia Miller in 1991.

A historic Player of the Year. Raina Perez is the first POY for @FullertonWBB since 1990-91. Top 10 in the nation in scoring and gives out 4.0 assists per game pic.twitter.com/uUxuoDrLvy

Head women’s basketball coach Jeff Harada credited his team’s success to the Player of the Year.

“She puts up a ton of points, she shoots at such a high percentage, but she’s also a dynamic passer, a great rebounder and an elite defender. It’s so well deserved and we wouldn’t be where we’re at without Raina Perez,” Harada said.

Even the men’s head coach Dedrique Taylor honored Perez for her accomplishments this season.

“The way she works, she deserves everything that she’s gotten up to this point,” Taylor said. “She’s phenomenal. She’s one of the best that I’ve been around.”

Harada said that Turney, who is playing in her first season with CSUF after transferring from San José State, has helped take the pressure off of Perez.

“We’re asking her to facilitate a little more, but she is capable of scoring when she has her opportunities,” Harada said. “She’s a joy to have around; a great kid, I’m just excited to have another year with her.”

After clinching their first winning season since 1991, the women’s team dropped its final two games of the regular season, ending their chances of clinching a bye in the conference tournament and instead will have to play in the first round against Cal State Northridge.

Despite having to win four games in five days to win the tournament, Harada said that their recent loses will give them a chance to show their growth and maturity.

On the men’s side, senior guard Brandon Kamga took the conference’s Newcomer of the Year award and was named to the all-Big West second team. After transferring from High Point as a graduate transfer for this season, Kamga emerged as a leader for the Titans, particularly during Big West play.

In the 16 conference games, the Virginia-native averaged 18.4 points per game, second behind the men’s Big West Player of the Year Lamine Diane. In that span, he was also third in free-throw percentage at 85.5%.

The #BWCMBB Newcomer of the Year

Forward Jackson Rowe was also named to the all-conference second team. Despite missing the first 11 games of the season, the Toronto native finished third overall in scoring with 15.6 points per game and second in rebounds, averaging 7.3 boards per game.

The women’s team lost both meetings to the Matadors, including one overtime loss on Jan. 16.

Harada said if the third time will be the charm for his team, they will need to improve their shooting, as they made a combined 35.2% of their shots in the two meetings.

“They’re an athletic team, they’re physical, they play that zone defense. They’re long and quick to close out on shooters. They force you to make shots and we got to be poised and we got to be able to knock down shots and not be hesitant,” Harada said. “We also have to be physical and match their physicality and be able to rebound on both ends.”

On the men’s side, CSUF defeated CSUN at home in the first meeting but fell in the second game at the Matadome.

Taylor said that being able to control the tempo of the game and limiting all-conference first team members Diane and Terrell Gomez, who scored a combined 106 points in their two meetings.

“If it goes into the 90’s, that’s not in our favor,” Taylor said. “We can’t get into a scoring match because I don’t think we can out score them at all, especially with those two guys.”

Despite having to face the best the Big West has to offer in order to win the tournament, Taylor said that if his team can stay consistent they’ll succeed this weekend.

CSUF women’s basketball will play CSUN at Walter Pyramid tomorrow night at 8:30 p.m., and the men’s team will play CSUN Thursday at the Honda Center at 12 p.m. All games for both Big West Tournaments will be streamed on ESPN3.