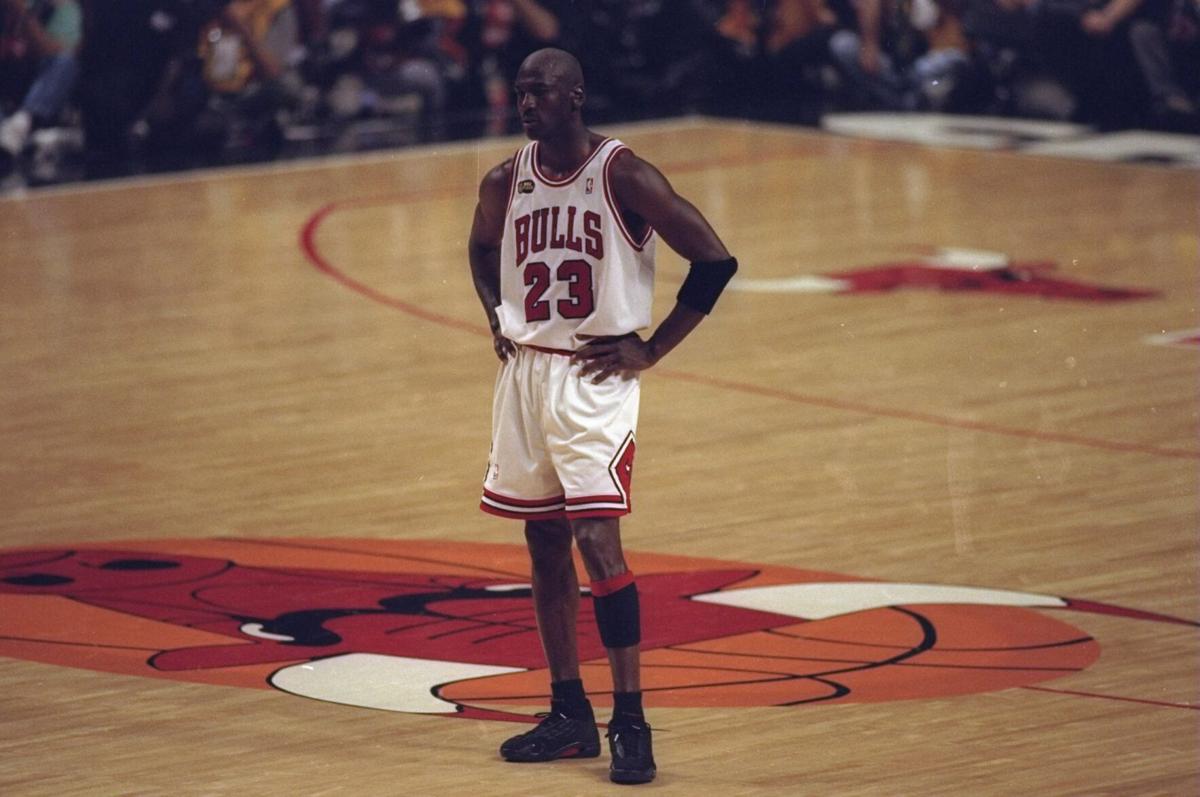 10 Jun 1998: Michael Jordan #23 of the Chicago Bulls looks on during the NBA Finals Game 4 against the Utah Jazz at the United Center in Chicago, Illinois. The Bulls defeated the Jazz 86-82. Mandatory Credit: Jonathan Daniel /Allsport

10 Jun 1998: Michael Jordan #23 of the Chicago Bulls looks on during the NBA Finals Game 4 against the Utah Jazz at the United Center in Chicago, Illinois. The Bulls defeated the Jazz 86-82. Mandatory Credit: Jonathan Daniel /Allsport

With the absence of most in-person sports events, ESPN’s and Netflix’s highly anticipated sports docuseries based on basketball legend Michael Jordan’s last season with the Chicago Bulls in 1997-98 will be released ahead of schedule to help quench the need for sports. “The Last Dance,” directed by Jason Hehir, will release two of its 10 episodes on Sunday, April 19.

The docuseries was originally set to air during the NBA Finals in June, but in the wake of COVID-19 and the suspension of all sports, its premier was moved to an earlier date.

Each episode of the series is dedicated to a different month of Jordan’s 1998 NBA season, excluding May. The month of May will receive two episodes because an abundance of playoff material was recorded during Jordan’s last NBA title run. Spoiler alert, Jordan won MVP that season and the Bulls won the NBA championship for the sixth time in eight years, etching their names in basketball history as its greatest dynasty.

The docuseries dives deep with never-before-seen footage of Jordan and his Bulls roster, which may change the way spectators view the icon. “The Last Dance” will paint a clearer picture of Jordan as a competitor and as a leader.

When Jordan first met Hehir in 2017, he said that he was unsure how audiences would react when the documentary airs. “When people see this footage, I’m not sure they’re going to be able to understand why I was so intense, why I did the things I did, why I acted the way I acted, and why I said the things I said.”

Jordan’s edge was his relentless competitive drive. He wanted to win at all costs and prove that he was better than his opponent. In his famous Hall of Fame speech, Jordan said his competitive spirit was instilled in him by his family.

In the same speech, Jordan thanked Leroy Smith — the player who made it onto the varsity basketball team in his place — for igniting his career-long desire to prove doubters wrong.

This docuseries is not just about Jordan. It also dives into the lives of his teammates. Viewers will learn about Scottie Pippen and his relationship with current North Korean ambassador and former Bulls teammate Dennis Rodman. Details about Rodman’s random disappearances throughout the season will come to light. The politics of “Zen Master” Phil Jackson’s coaching will also be revealed. Most importantly, this docuseries will show the grueling nature of an 82-game NBA season.

“The Last Dance” is a time machine; it reminisces with the older generations, and it teaches the younger generations about the man behind the myth. Testimonials from a number of individuals in basketball, pop-culture and politics prove the greatness of “Air Jordan,” who captivated anyone who was lucky enough to witness his reign and appreciate his accomplishments.

Jordan was already considered the greatest basketball player of all time before his final season with the Bulls. He won five championships and was named Finals MVP each time. He also earned four NBA MVP trophies and was named All-NBA 1st team nine times by that point in his career. However, his final season is memorable because it was the last time the basketball world was able to see its greatest player at the top of the basketball world, but “The Last Dance” will give viewers a chance to see that once again.